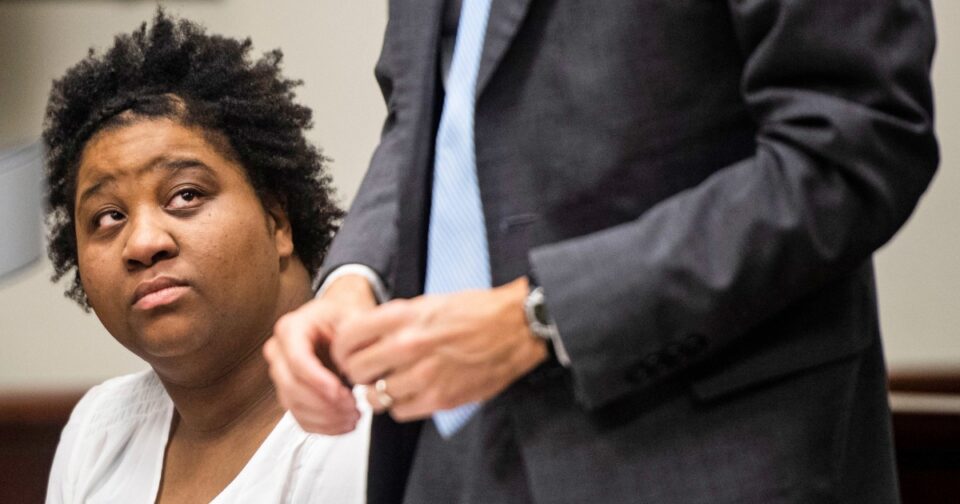 The former winner of Food Network’s “Worst Cooks in America” was sentenced to life in prison after she was found guilty of beating her 3-year-old foster daughter to death.

A jury in Greenville County, South Carolina, convicted Ariel Robinson of homicide by child abuse in the Jan. 14, 2021 death of Victoria Smith, court records obtained by NBC News show. She was sentenced on Thursday.

“I can say that in my 13, 14 years of being a judge I’ve never seen anything like this. Not even approaching it,” said Judge Letitia H. Verdin in a video from court obtained by NBC affiliate WYFF of Greensville.

“And what compounds it is that I understand what your attorney is saying, perhaps you snapped at that moment, but then why let this child suffer and not get the medical attention that she desperately needed as she lay dying in her own bedroom,” the judge continued.

Verdin said that based on the facts, the sentence “cannot be anything other than life in prison.”

Robinson, of Simpsonville, and her husband Jerry Austin Robinson, were accused of inflicting a “series of blunt force injuries” to Victoria, according to WYFF. The child died at a hospital.

Ariel Robinson testified at her trial that she was not responsible for Victoria’s injuries, saying that her husband must have fatally beat the girl, according to the news station. She said she left the night before Victoria’s death to get groceries and when she returned the following morning, the girl went limp after breakfast.

Prosecutors, however, said evidence showed that Ariel Robinson beat the child and not her husband.

An attorney for Ariel Robinson could not immediately be reached Friday. Jerry Robinson’s attorney, Lucas C. Marchant, said: “Mr. Robinson is extremely remorseful for what happened to Tori. He loved her very dearly and he knows that he failed her as her father. He has accepted responsibility for his actions, or rather inactions in this tragic situation. Following this horrific event, he has fully cooperated with law enforcement and the prosecution to bring closure to this case.”

It’s not clear when Jerry Robinson will be sentenced.

Ariel Robinson appeared in the 2020 season of “Worst Cooks in America,” a television competition series that takes amateur cooks through a culinary boot camp to earn a cash prize. She ultimately won the series but after she was charged, the season was pulled from all Discovery platforms, according to The Wrap.