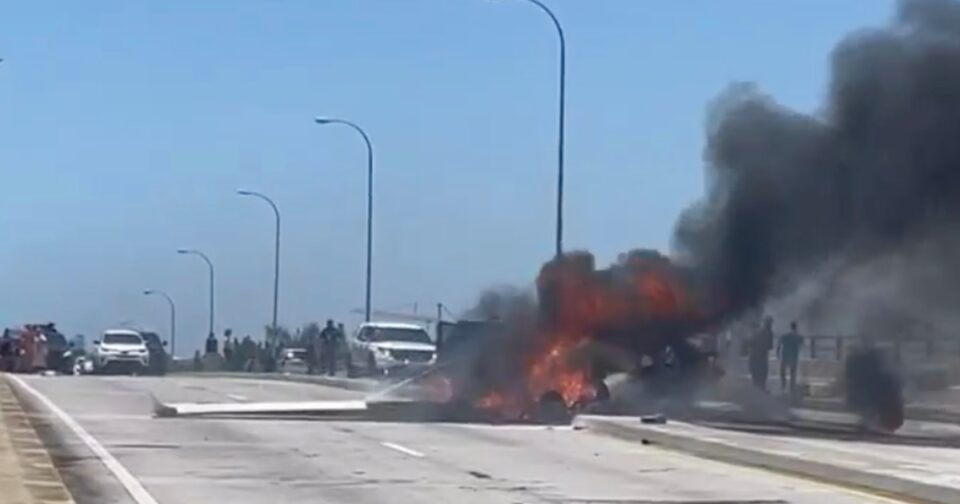 One person was killed and five others were injured when a small plane crashed on a bridge, hit an SUV and burst into flames Saturday in Miami, local media reported.

The aircraft crashed into the Haulover Inlet Bridge on Collins Avenue between 96 and 163 Street around 1 p.m., authorities said.

Three people were aboard the plane, a single-engine Cessna 172, when it lost power and crashed into an SUV carrying three people, the Federal Aviation Administration said, according to NBC Miami.

Two were able to climb out of the burning wreckage of the plane despite their traumatic injuries, Miami-Dade Police spokesman Alvaro Zabaleta told NBC Miami. The third, who died, was found in the plane after the flames were extinguished.

One of the survivors was airlifted to a local hospital. The other was taken by ambulance to a second hospital, Zabaleta said.

A woman and two children, ages 2 and 6, who were in the SUV were hospitalized but were not seriously injured, Zabaleta told the station.

Officials haven’t released the names of anyone involved.