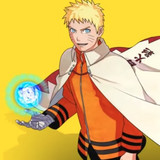 You can’t keep a good ninja down, and apparently we’ll be getting new content for Naruto to Boruto: Shinobi Striker until the end of time. That’s great news for those playing the brawler, which first launched back in 2018. Bandai Namco Entertainment has been supporting it regularly, and the latest update recently came through to announce Season Pass 5 plans and roll out an operational roadmap for the remainder of 2022.


The main pieces of info covered in the new video for the multiplayer game include the addition of five new shinobi masters, all as part of the “Legacy” themed Season Pass 5 that’s set for sometime in 2022. There are also stage renovation plans this summer, as well as improvements to ninjutsu balance and other in-game adjustments. Check out all the details and the full 2022 roadmap below.

Naruto to Boruto: Shinobi Striker is currently available on PlayStation 4, Xbox One and PC.


Joseph Luster is the Games and Web editor at Otaku USA Magazine and the Editor-in-Chief of Sci Fi Magazine. You can read his comics at subhumanzoids. Follow him on Twitter @Moldilox.