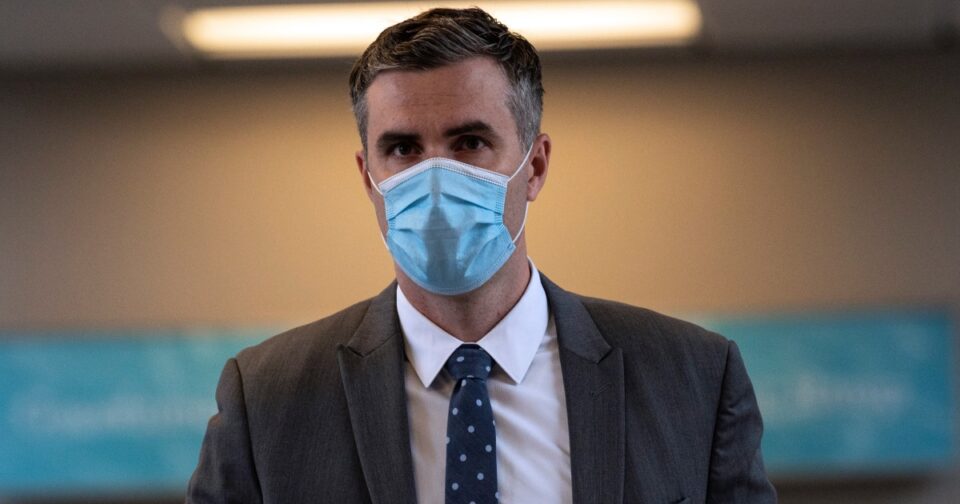 As part of the plea deal a charge of aiding and abetting second-degree murder was dismissed, a spokesperson for Ellison’s office said.

The state and defense jointly recommended to the court that Lane be sentenced to three years, the spokesperson said. His sentencing is set for Sept. 21.

“Today my thoughts are once again with the victims, George Floyd and his family. Nothing will bring Floyd back. He should still be with us today,” Ellison said in a statement.

“I am pleased Thomas Lane has accepted responsibility for his role in Floyd’s death. His acknowledgment he did something wrong is an important step toward healing the wounds of the Floyd family, our community, and the nation,” he continued. “While accountability is not justice, this is a significant moment in this case and a necessary resolution on our continued journey to justice.”

He offered no other comments, saying the state is preparing for the June 13 trial of former Minneapolis Police Officers J. Alexander Kueng and Tou Thao on charges of second-degree unintentional murder and second-degree manslaughter.

Lane’s attorney, Earl Gray, told NBC News his client made the decision that allows him to be part of his child’s life.

“The State prosecution has a mandatory 12 year sentence if convicted of the unintentional murder. My client did not want to risk losing the murder case so he decided to plead guilty to manslaughter with a three year sentence, to be released in two years, and the murder case dismissed,” Gray said. “The sentence will be concurrent with his federal sentence and he will serve his time in a federal institution. He has a newborn baby and did not want to risk not being part of the child’s life.”

Floyd, 46, died May 25, 2020, after a confrontation with Minneapolis police during which Chauvin knelt on Floyd’s neck for 9 ½ minutes. Lane and Kueng, both rookie officers and partners on the call, were on top of the man as Chauvin applied pressure to Floyd’s neck and he gasped for air. Thao had been in charge of crowd control. Floyd’s killing sparked demonstrations, with protesters decrying police brutality.

“While this plea reflects a certain level of accountability, it comes only after Mr. Lane was already convicted by a federal jury on a related charge,” the team said Wednesday in statement. “Attorney General Keith Ellison, all of the state and federal prosecutors, the brave men and women who served on the state and federal juries, and the community compelled this result. These individuals and many more should be commended for their efforts leading towards today.”

“Hopefully, this plea helps usher in a new era where officers understand that juries will hold them accountable, just as they would any other citizen,” the statement continued.

During testimony in the federal trial, Lane choked back tears and testified in February that he tried to assist paramedics after he was unable to find Floyd’s pulse.

He said he did chest compressions on Floyd and when paramedics arrived to load Floyd into an ambulance, he offered to ride with them to the hospital. When asked why, he said, “He didn’t look good,” adding, “I felt with the situation, they might need a hand.”

Chauvin was found guilty of second and third-degree murder and second-degree manslaughter in April 2021 in Floyd’s death. He was sentenced to 22.5 years in prison on those state charges.

Chauvin also pleaded guilty last year to a federal charge of violating Floyd’s civil rights. He faces a federal sentence of 20 to 25 years.

Janelle Griffith is a national reporter for NBC News focusing on issues of race and policing.