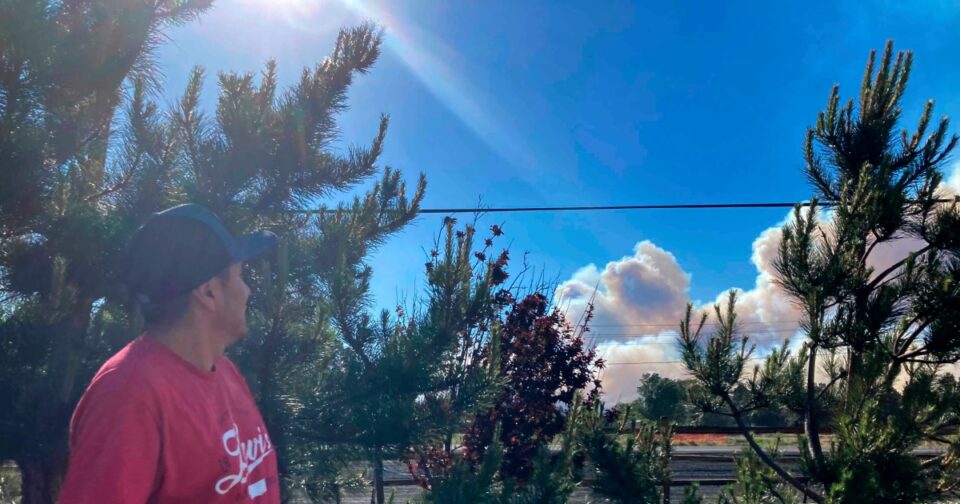 Wildfires broke out Sunday in Southern California amid what federal forecasters described as “dangerous heat” in the Southwest, with New Mexico and Arizona also battling blazes in the days before the summer solstice.

At least three new wildfires burned Sunday in Southern California, with San Bernardino County’s Sheep Fire consuming 775 acres by afternoon and prompting mandatory evacuations for two neighborhood and a warning to be ready to flee in another.

In Los Angeles County’s San Gabriel Mountains, the Fish Fire, discovered in two different places, burned about 25 acres Sunday near the city of Duarte but was moving uphill, away from neighborhoods, county officials said in a statement.

Horse stables in the nearby city of Azusa were evacuated, they said.

The Wala Fire in Oceanside, Calif., which triggered voluntary evacuations for one neighborhood, was contained by firefighters by late afternoon, local police said.

“Dangerous heat to continue across the Southwest tonight,” the National Weather Service said in a forecast discussion Sunday.

The blaze, burning since April 6 when a prescribed fire got out of control, could be reanimated Sunday by fire weather expected to produce extra-dry conditions and gusts as potent as 35 miles per hour, according to New Mexico fire officials.

The state’s Black Fire wasn’t far behind that acreage, at more than 304,000. It raged about 31 miles northwest of Truth or Consequences, with 42 percent containment, state officials said. Authorities believe it was human-caused on May 13, but the specific spark was still under investigation.

Officials estimated the blaze at 1,500 acres, and the Coconino County Sheriff’s Office has ordered evacuations for two neighborhoods.

In recent days, eight wildfires were reported in Alaska and one was reported in Utah, the National Interagency Fire Center said.

Officials were concerned by the hot, dry conditions in much of the Southwest, which could be abetted by thunderstorms Monday in Colorado, Arizona and New Mexico.

The center said lighting associated with the forecasted storms could spark new blazes.

A Pacific cold front moving toward the Southwest from the north could cool things down significantly Monday, however, the National Weather Service said.

After Uvalde, a citizen-led effort to change gun laws in Oregon took off. It could be a model for other...

How Businesses Can Hold Their Banks Accountable on Climate Change