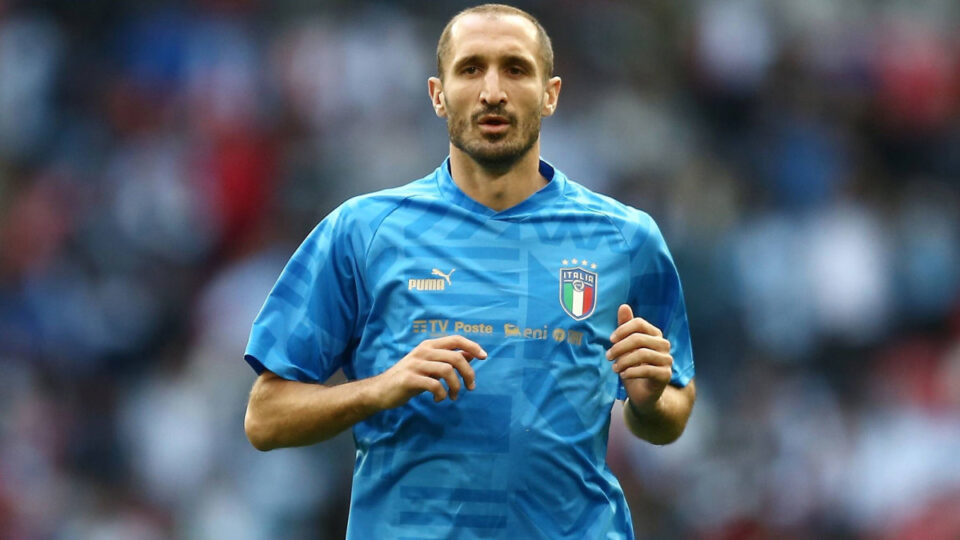 The Major League Soccer club announced its deal Monday for the 37-year-old Chiellini, who is committed through the 2023 season.

Chiellini confirmed his long-reported move with two posts on Twitter. He will be formally introduced in Los Angeles on Wednesday.

“I felt very strongly about this new chapter in my career and I’m grateful to (at)LAFC for this opportunity,” Chiellini wrote. “I’m thankful for all my years with Juventus and I’m looking forward to winning many more trophies in Los Angeles.”

Chiellini had been at Juventus since 2005, winning nine Serie A titles and five Coppa Italia crowns. He formally left the Turin club last month, and he also played his final match June 1 for the Italian national team, which failed to qualify for the World Cup.

LAFC has been in contact with Chiellini’s twin brother, Claudio, about a potential move since last year, general manager John Thorrington said. The talks picked up after Italy failed to qualify for the World Cup in March, with LAFC moving aggressively to land the veteran center back with a reputation for sturdy physical play and leadership as Juve’s captain.

“When you have the opportunity to get someone who does what he does, and when we have 100% confidence that he’s going to improve every player every day he’s here, it became a no-brainer,” Thorrington told The Associated Press. “His playing record speaks for itself.”

LAFC is on top of the overall MLS standings at 9-3-2 coming out of the international break. Coach Steve Cherundolo’s club leads the league in scoring and is also one of the best defensive clubs, with Jesus Murillo and Mamadou Fall playing most of the minutes at center back while Eddie Segura was out with an injury.

Unlike some MLS clubs, LAFC hasn’t signed many veteran players deep in the second half of their careers since beginning play as an expansion club in 2018. Instead, LAFC has frequently relied on saleable young players around former MLS MVP striker Carlos Vela, who is expected to announce a contract extension soon.

Thorrington said the opportunity to sign Chiellini was too tantalizing to resist. While LAFC will have to ease Chiellini into a new squad shortly after a full season of Serie A and international play, Thorrington believes his club will reap benefits immediately.

“I don’t want to go so far as to say even if he doesn’t play, it would be worth it, but certainly when he’s playing or when he’s not playing, his impact will go far beyond when he’s playing,” Thorrington said. “And when he’s playing, he will certainly make a good group of defenders even better. He’s a really good communicator. He organizes. He speaks good English. He’ll be able to connect with the guys playing alongside of him and in front of him. My expectations of what he would be like were very high, and he exceeded them.”

LAFC made the move with a deal using targeted allocation money, which means Chiellini won’t occupy one of the three designated player roster spots which don’t count against the normal salary cap. LAFC hopes to add a third designated player soon, likely at an attacking position, as the club pursues its first MLS Cup title.

“We are seeing the interest in MLS from players at every stage in their careers,” Thorrington said. “We’re becoming a much more attractive place to play, and when we look at the growth of the sport in this country and the growth of LAFC, I think Giorgio will play a significant part in that.”