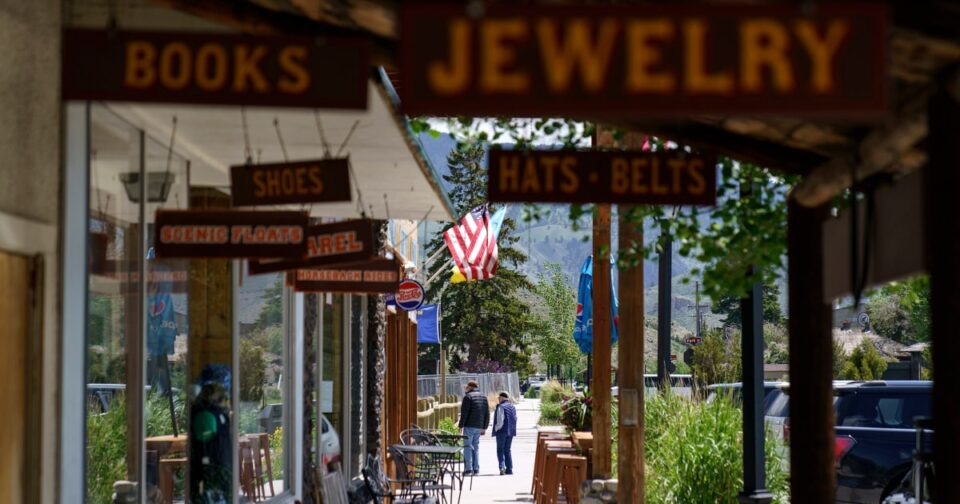 Businesses and residents near Yellowstone National Park eagerly awaited summer 2022. The park, which attracts more than 4 million visitors annually, had reopened after intermittently closing during the pandemic, and tourists were expected to once again flood gateway communities near the park’s main entrances.

Instead, historic flooding inundated the region over the weekend, prompting Montana Gov. Greg Gianforte to declare a state of emergency and forcing 10,000 visitors to flee as surrounding communities wondered how they would rebuild after yet another setback.

“It’s been very, very difficult and very stressful,” said MacNeil Lyons, owner and lead guide of Yellowstone Insight, which offers year-round tours of the national park. “I feel like I’ve aged a lot in the past three years.”

Lyons’ business is based out of Gardiner, Montana, one of the areas hardest hit by this week’s flooding. He watched as a house was swept away into a roaring river and was stranded in Gardiner for two days, waiting for the water to recede and roads to reopen so he could reunite with his family in Bozeman, where he lives most of the time.

Officials closed Yellowstone National Park on Monday, and it’s unclear when it will reopen.

The flooding started when up to 3 inches of rain and snowmelt from warming temperatures combined to create catastrophic conditions in the 150-year-old park, which spans three states and some 2.2 million miles. Several homes and structures were swept away and about 100 people were airlifted to safety.

“Over the last several days, flooding has destroyed homes, washed away roads and bridges, left Montanans without power and water services, and threatened Montanans’ livelihoods,” Gianforte said in a statement.

Officials said the park’s southern section that contains the Old Faithful geyser could reopen to the public next week but the north end, including Tower Fall and other tourist favorites, could be closed for several months because of severe road damage.

Communities bordering the northern edge of the park are struggling as phone lines and electricity flicker on and off and residents are advised to boil their tap water before drinking it.

“While you can’t label any one weather event as being created by climate change, that’s the 50,000 pound gorilla in the room,” said Howie Wolke, who lives 18 miles outside Gardiner in Tom Miner Basin, where a bridge was wiped out earlier this week. “All of the projections say there are going to be more extreme weather events … and that’s what we’re already seeing.”

Wolke, who ran an outfitting business for more than 40 years, has had to rethink operations as summers grow hotter and the snow melts earlier. When he started in the industry, he planned camping trips around peak mosquito season, but in recent years his attention has turned to wildfires and drought.

“Businesses are going to have to adapt,” he said. “We’re dealing with a new reality now.”Speaking to reporters earlier in the week, Park County Commissioner Bill Berg highlighted the financial burden on gateway communities like Gardiner that rely on tourism.

The national park, which lies mostly in Wyoming but spans part of Montana and Idaho, was closed for two months in 2020 because of the Covid pandemic and has also been closed periodically during government shutdowns that affect federal workers.

Lyons, of Yellowstone Insight, has been in the guide business for more than 20 years and says he has already weathered everything from wildfires to shutdowns. But when the pandemic hit in 2020, he was forced to postpone or refund dozens of reservations for guests from all over the world.

In a nightmare scenario, one customer from the United Kingdom this week canceled her third attempt since 2019 to visit Yellowstone, Lyons said.

He estimates he could be on the hook for about $70,000 in reservations this year because of possible postponements or cancelations and is considering shutting down for the season if conditions don’t dramatically improve.

Omicron may be less likely to cause long Covid than prior variants, study suggests

With pressures mounting, Biden thinks GOP will make his midterm case for him