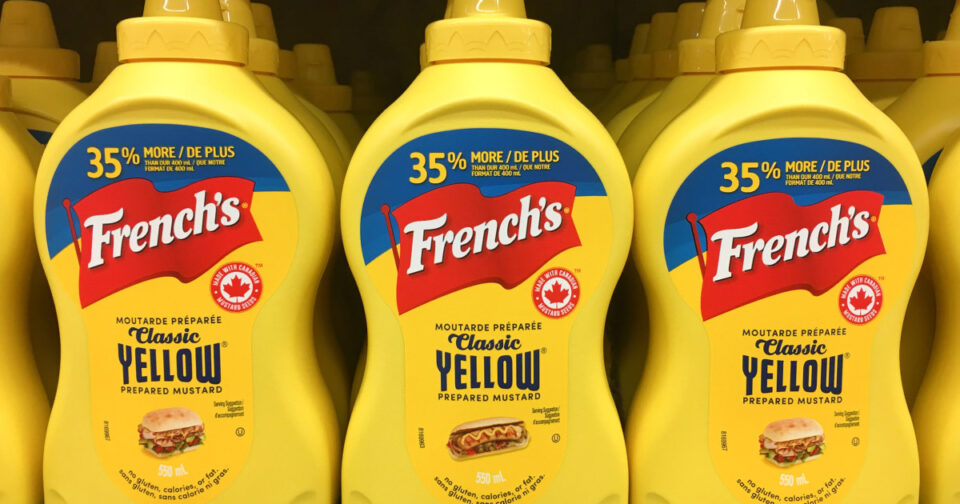 Your favorite punchy yellow burger condiment could be in short supply this summer.

Bleak seed harvests from 2021 have sprouted into paltry mustard supplies in France. And U.S. grocery shelves might be next, according to The Guardian.

With Canada being the world’s No. 1 producer of mustard seeds, severe hot weather in the country’s southern region earlier this year is being cited as a larger part of the problem. Mustard plants that would typically produce eight to 10 seeds in a pod eked out a mere four to six seeds this year, according to AGCanada, a network of farming-oriented publications. Poor harvests brought on by bad climate in France have only compounded the issue.

Reine de Dijon is one of France’s largest mustard producers. Christophe Planes, a sales director for the company, told the French state-owned news organization France24 that the shortage is unprecedented.

“We’re in a crisis we haven’t seen for 25 years. The price of seeds has gone up three or four times, and maybe five times soon,” Planes told the outlet. “And, on top of that, there is no supply. The scarcity is such that we have a potential 50 percent decrease in seeds … so our production is down 50 percent.”

The war in Ukraine has also led to adverse effects on the mustard supply chain. In 2020, Russia and Ukraine were ranked as the third and fifth most significant exporters of mustard seeds in the world, respectively.

Mustard isn’t the only condiment consumers may see less of on shelves this summer.

In April, Sriracha maker Huy Fong Foods revealed that climate conditions had depleted its supply of the hot sauce. A letter sent to wholesale buyers that month cited a shortage of chili pepper inventory brought on by weather-related issues as the problem.

“Currently, due to weather conditions affecting the quality of chili peppers, we now face a more severe shortage of chili,” the letter said. “Unfortunately, this is out of our control, and without this essential ingredient, we are unable to produce any of our products.”

Alex Portée is a senior trending reporter for Today.com

Parts of Yellowstone reopen to visitors after floods, mudslides

Brittney Griner will be WNBA All-Star despite detainment in Russia