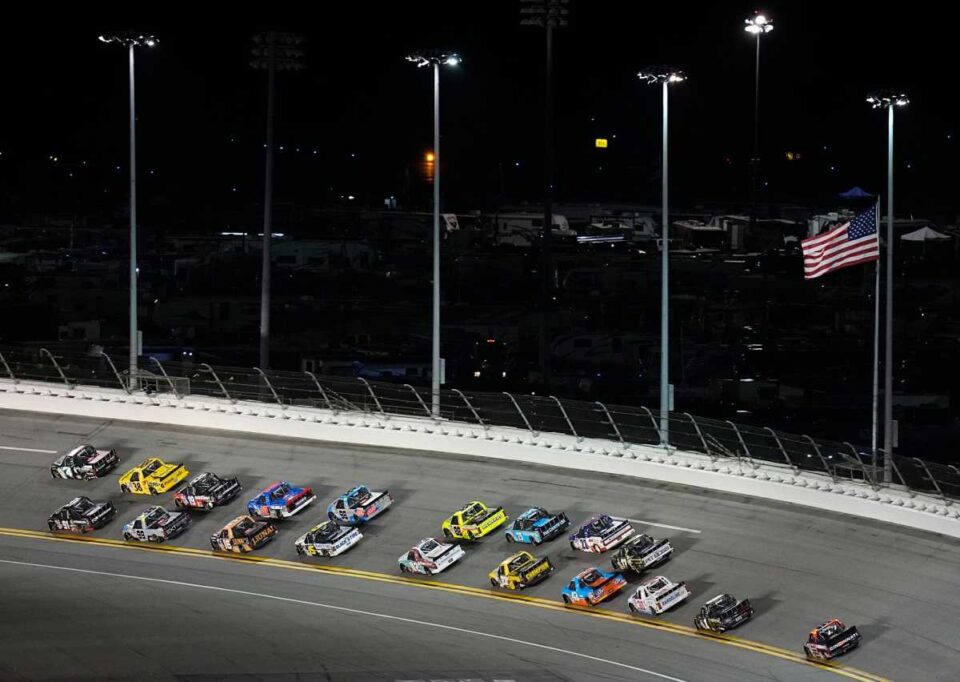 Qualifying for tonight’s Rackley Roofing 200 at Nashville Superspeedway gets underway today as drivers battle for a spot as the NASCAR Truck Series nears the end of the regular season. Five drivers—John Hunter Nemechek, Zane Smith, Ben Rhodes, Chandler Smith, and Stewart Friesen—have all locked in spots into the first round. Matt Crafton leads Derek Kraus by 27 points for the 10th and final playoff spot.

How to Watch Rackley Roofing 200, Qualifying:

Last year, Ryan Preece earned his only Camping World Truck Series win here at Nashville in the sport’s first run in the Music City in over a decade. Preece led only eight laps, edging out Todd Gilliland and Grant Enfinger for the checkered flag. Today he will try to defend his championship in the No. 17 Hunt Brothers Pizza Ford.

41 drivers will attempt to qualify for 36 spots in tonight’s 150-lap race, and because this is one of the Triple Truck Challenge events, no NASCAR Cup Series drivers are allowed to compete.

Corey Heim, who has two wins already this season, will take over the number 51 Kyle Busch Motorsports Toyota for the rest of the season.

Last week’s winner on the dirt at Iowa, Todd Gilliland, will attempt to race his way into the field in only his second Truck race of the season.

Nemechek, Rhodes, and Carson Hocevar have each won two pole positions this season with Hocevar claiming two of the last four.

Yanez calls for war with O’Malley

Gareth Bale to Sign With MLS’s LAFC, per Report