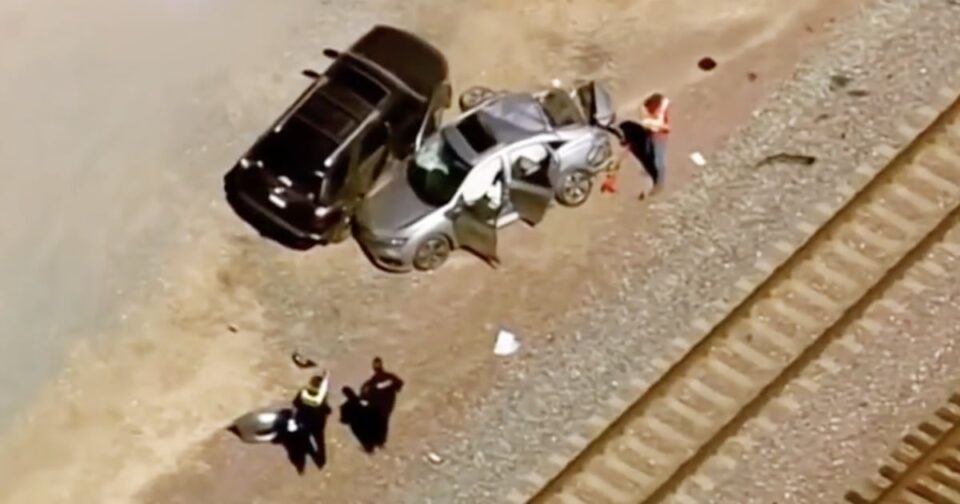 Three people were killed and two others injured after an Amtrak train crashed into a vehicle obstructing rail tracks near Brentwood, California, on Sunday, officials said.

The East Contra Costa County Fire Protection District said the incident was reported at around 1 p.m. after a car carrying five people was struck by a train while attempting to cross the tracks at an unprotected railroad crossing.

Three people in the car were killed at the scene, while two others, including a child, were injured, the fire service told NBC’s KNTV, based in  San Jose, California. One person was flown to hospital via air ambulance, while the child was transported to the same hospital over ground, it said.

The fire service said the Contra Costa Sheriff’s office was handling an investigation into the deadly incident.

In a statement shared with NBC News, Amtrak confirmed train 713 had “made contact with a vehicle that was obstructing the track in Knightsen.”

It said there were no reported injuries to the 89 passengers or crew onboard the train. The train was delayed for around three hours while authorities investigated the incident, Amtrak said.

The company said it was working with local law enforcement and BNSF Railway, the track owner, to investigate the incident.

Amtrak did not directly comment on the fatalities related to the incident.

However, it said that trespassing along railroad rights-of-way was the leading cause of rail-related deaths in America, while railroad crossing incidents were the second leading cause, citing the Federal Railroad Administration.

“These incidents can affect everyone involved — those who are injured or die and their families, our train crews, and our passengers,” Amtrak said.

“They also serve as critical reminders about the importance of obeying the law and of exercising extreme caution around railroad tracks and crossings,” it said.

Two people were killed in Houston in April after the car they were in crashed into an Amtrak train after the driver attempted to beat the train at a railroad crossing, according to police.

In that crash, the driver of the vehicle drove around the crossing arms signaling an approaching train, before colliding with the train, the Harris County Sheriff’s Office said in a statement.

The car was engulfed in flames on impact and the driver and the passenger were ejected from the vehicle. Both were pronounced dead at the scene, authorities said.

Serena Williams is back at Wimbledon. Could it be her farewell to the tournament?

Brittney Griner due to appear in Russian court for preliminary hearing

A live-action Pac-Man movie is reportedly in the works