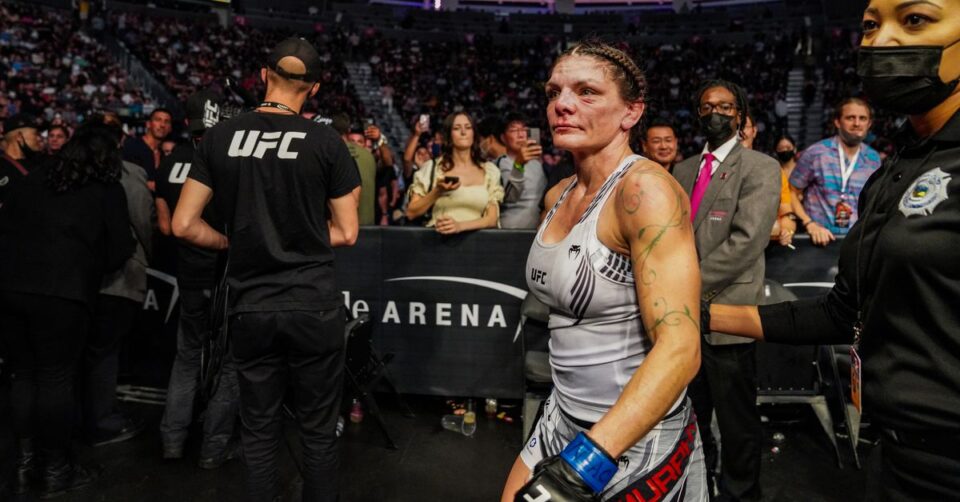 Former title contender Lauren Murphy was supposed to welcome ex-champion Miesha Tate to the UFC women’s flyweight division at UFC 276 this weekend. But during Saturday’s UFC Vegas 57 festivities, it was announced that the said matchup was scratched from the card.

At the time, no specific reason for the cancellation was mentioned. But on Sunday, Murphy broke her silence and revealed that a positive COVID-19 test forced her off the fight.

“Yeah, the COVID got me,” Murphy said in a written statement to MMA Fighting. “I’m still testing positive and was sick a few days. I couldn’t risk showing up at International Fight Week and still be carrying the virus. I would hate to think if anyone else got infected because of me.”

The 38-year-old TUF alum also revealed that she was “very ill” and “half-dead” during her UFC 266 title fight with Valentina Shevchenko last September where she lost via fourth-round TKO. That, for her, was an important learning experience.

“I learned this lesson when I fought Valentina: If you put your career in front of your health, you pay for it with both. I am so grateful to have a team now that understands that. I want to have a better performance than I did in the title fight. I showed up to the title fight very ill. I was more sick than I even knew,” she wrote.

“I owe it to myself and I owe it to the fans to be healthy enough to have an exciting and dominant fight. So I couldn’t show up half-dead again.

“So I will be healthy, and I will have a great performance this time. I’ve been working hard to redeem myself by beating a former champion, convincingly. And I will. but I have to have a healthy body capable of doing that.”

Per MMA Fighting, the UFC is currently looking for a replacement for Murphy.

UFC 276 takes place on July 2nd in Las Vegas for International Fight Week. It features two title fights: a featherweight trilogy between Alexander Volkanovski and Max Holloway at the co-main event and a middleweight championship between Israel Adesanya and Jared Cannonier at the top of the bill.

In new survey, teachers say they’re being told not to talk about racism, race