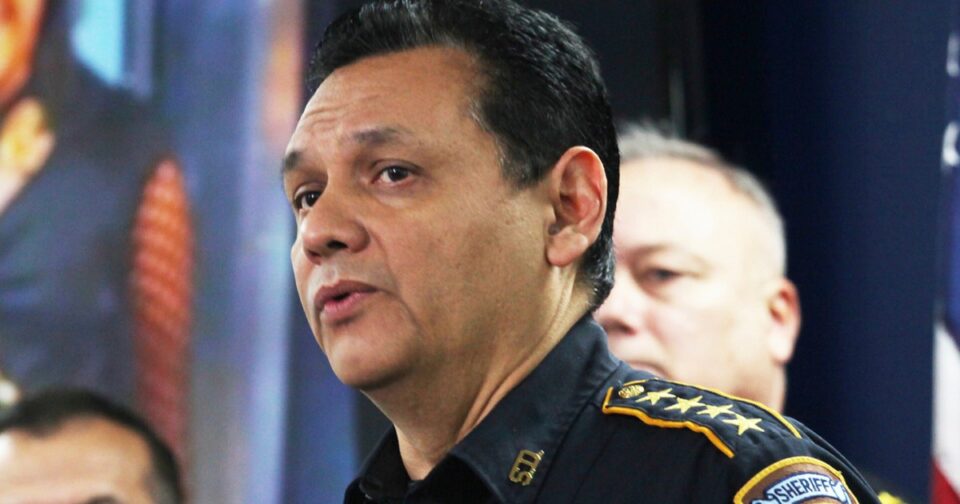 WASHINGTON — President Joe Biden’s pick to lead U.S. Immigration and Customs Enforcement has pulled his name from consideration after more than a year passed without a Senate confirmation vote.

Biden had twice tapped Ed Gonzalez, the sheriff of Harris County, Texas, to be the Department of Homeland Security’s top immigration officer, first in 2021 and then again in January after the initial nomination expired.

ICE has not had a Senate-confirmed director since the Obama administration.

NBC News obtained a copy of Gonzalez’s letter to Biden, dated Saturday, which said he has concluded that “I must devote my full, undivided attention and energy toward fulfilling the duties that the people of Harris County elected me to perform.”

Gonzalez, who has led the largest sheriff’s office in Texas since 2017, also announced that he had pulled his nomination Monday in a statement on Twitter.

“I arrived at this decision after prayerfully considering what’s best for our nation, my family, and the people of Harris County who elected me to serve a second term as Sheriff,” Gonzalez said. “I am grateful to President Biden for the honor of nominating me, and I wish this administration well as it strives to overcome the paralyzing political gridlock that threatens far more than our nation’s border. Frankly, the dysfunction threatens America’s heart and soul. My love for America and my desire to serve during these contentious times is stronger than ever.”

The lack of a confirmation vote for more than a year suggests the Senate was unlikely to approve Gonzalez for the job.

Earlier this year, when he was scheduled to get a vote, a Republican senator sent a letter to top Democrats about previous domestic abuse allegations involving Gonzalez.

The Senate Homeland Security and Governmental Affairs Committee said it had looked into the claims of domestic abuse involving the sheriff’s wife, Melissa Gonzalez, and found that the allegations were not corroborated.

Gonzalez’s wife provided a statement in March “denying the allegations, she spoke at length with committee staff and unequivocally denied making a domestic violence complaint against Sheriff Gonzalez,” said a copy of the report from the committee’s Democratic majority staff.

But the Senate did not move forward with a confirmation vote.

A White House spokesman said Monday that Gonzalez “has the qualifications and experience to do this important job and would have been a great leader of ICE” and blasted “baseless allegations” that emerged against him.

There are no indications Gonzalez’s decision to withdraw was tied to the claims.

The White House has not announced whom Biden intends to nominate as ICE director.

Ireland Baldwin opens up about rape, having two abortions: ‘I chose me’

Driver in L.A.-area crash that killed 5, including pregnant woman, charged with 6 counts of murder