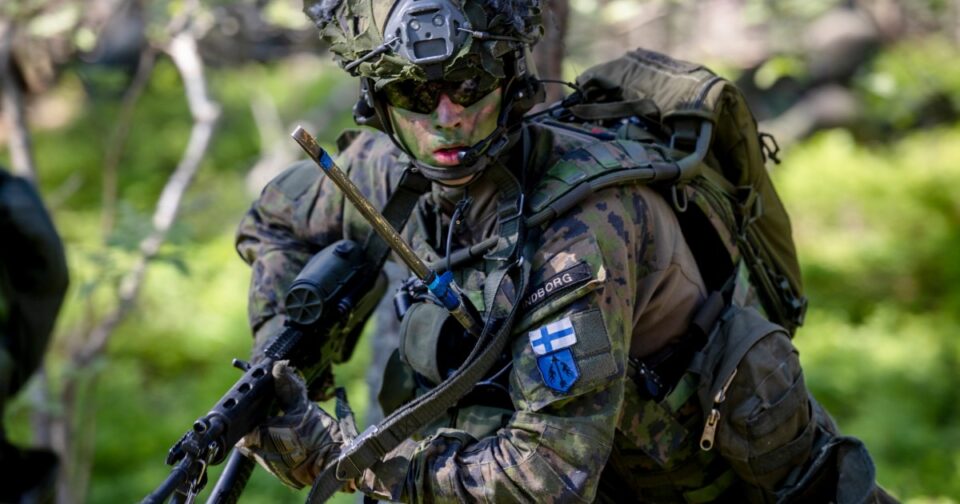 LONDON — Permanent American forces stationed in Poland, hundreds of thousands of troops on high alert, and a formal invite for two new Nordic members: If Russian President Vladimir Putin invaded Ukraine in part to ward off NATO, Wednesday made clear his war has achieved the opposite.

NATO has now officially invited Finland and Sweden to join the alliance, a sign of just how dramatically the Kremlin’s war has upended the previous military landscape in Europe.

Earlier in the day, at the start of a summit in Madrid, President Joe Biden announced an increased U.S. military presence in Europe headlined by the first permanent American forces on NATO’s eastern flank and more rotating troops in the Baltic states.

The Western alliance also called Russia its “most significant and direct threat” in a joint statement, a notable shift from its description of Moscow as a “strategic partner” a decade ago.

Jonathan Eyal, an associate director at the Royal United Services Institute, a London think tank, said these developments were prompted by a sense of alarm in Europe at seeing the Kremlin launch an unprovoked assault on a sovereign democracy.

“Now that the Russians have shown they are perfectly willing to invade a country and use force, the West cannot rely on the old system that said countries who were attacked would be helped later on,” he said, referring to NATO’s central Article 5 clause, which assumes allies will defend any member that’s attacked.

“You have to have the troops on the ground there and then,” he said. “So in that respect, it’s an acknowledgement about how the security in Europe has changed.”

Biden said NATO was sending an “unmistakable message” that the alliance “is strong, united, and the steps we’re taking during this summit are going to further augment our collective strength.”

NATO Secretary-General Jens Stoltenberg said Tuesday the Madrid summit would chart a blueprint for the alliance “in a more dangerous and unpredictable world.”

That blueprint appears to be designed around projecting greater strength in order to stand against Russia.

The military club has undergone a marked shift these past four months, even as the conflict has presented new points of contention over sanctions against Moscow and support for Kyiv.

For years NATO has been tortured by accusations, led by former President Donald Trump, that some member states are not pulling their financial weight. It has also struggled for a grander sense of purpose in a post-Cold War world. Russia’s invasion four months ago changed all that, sending disquiet through the continent and prompting its nations to contribute an extra 200 billion euros (around $210 billion) for defense since then.

That anxiety has been palpable in Sweden and Finland, two Nordic nations that for decades have practiced an official nonaligned status between the West and Moscow.

‘Batgirl’ directors say they are ‘saddened and shocked’ after Warner Bros. shelves their movie