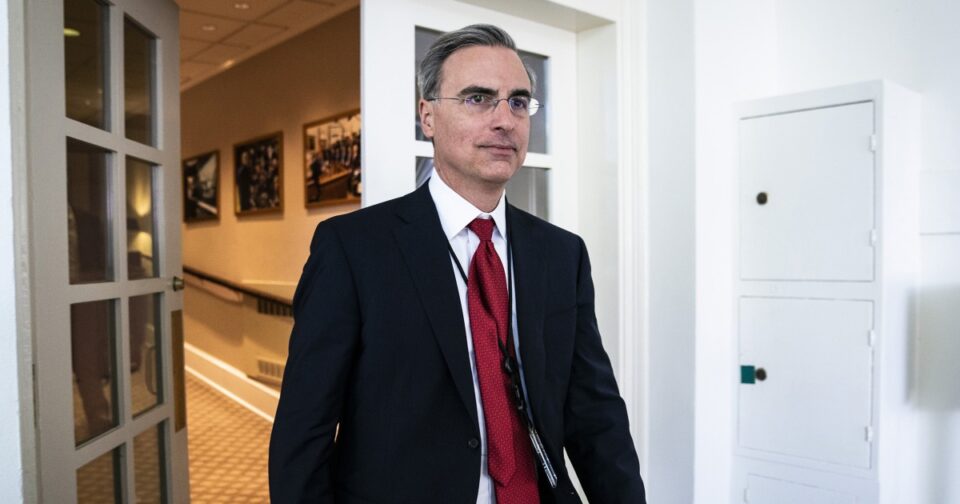 “The Select Committee’s investigation has revealed evidence that Mr. Cipollone repeatedly raised legal and other concerns about President Trump’s activities on January 6th and in the days that preceded,” the committee’s chair, Rep. Bennie Thompson, D-Miss., and its vice chair, Rep. Liz Cheney, R-Wyo., said in a statement.

The two lawmakers referred to Cipollone’s “earlier informal engagement with our investigation” in April but insisted that the committee needed to hear from him “on the record.”

“Any concerns Mr. Cipollone has about the institutional prerogatives of the office he previously held are clearly outweighed by the need for his testimony,” the statement said.

NBC News has reached out to Cipollone for comment.

Thompson said in a letter to Cipollone that the committee had obtained evidence about which he was “uniquely positioned to testify.”

“Unfortunately, however, you have declined to cooperate with us further, including by providing on-the-record testimony,” Thompson wrote. “We are left with no choice but to issue you this subpoena.”

The subpoena was announced just hours after Cheney intensified her call for Cipollone to testify after former White House aide Cassidy Hutchinson delivered damning testimony about a number of her colleagues’ actions on Jan. 6.

Cheney suggested that Hutchinson’s comments about Cipollone’s concerns over Trump’s plans for Jan. 6 demonstrated the need to hear from him directly.

Hutchinson has described Cipollone as having been gravely concerned about the possibility of obstructing the electoral vote count on Jan. 6, saying he told her “it would look like we were inciting a riot or encouraging a riot.”

In video testimony played at Tuesday’s hearing, Hutchinson recalled that she overheard Cipollone repeatedly saying they “need to do something more” after having heard reports that the pro-Trump mob was chanting “Hang Mike Pence” at the Capitol.

Hutchinson also described a confrontation between Cipollone and White House chief of staff Mark Meadows on the afternoon of Jan. 6, saying Cipollone suggested that if nothing was done to stop the mob, “‘people are going to die and the blood’s gonna be on your effing hands.'”