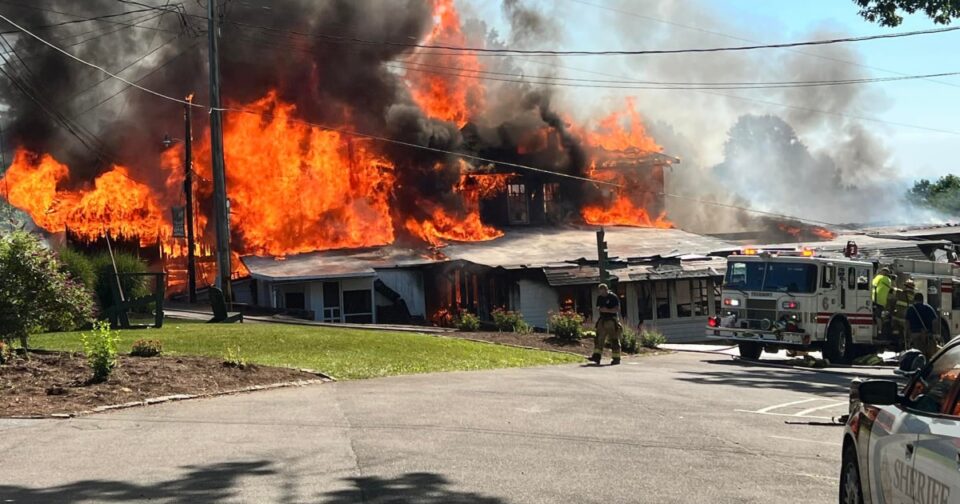 A large fire destroyed a dining hall at a Maryland summer camp Wednesday, a blaze that took over 100 firefighters three hours to control but caused no injuries.

The fire destroyed the dining hall at Camp Airy, an overnight camp for Jewish boys established in northern Maryland almost a century ago, officials said.

Camp Airy Director Marty Rochlin said the dining hall, known as the White House, is historic and known for its views overlooking a valley.

“Thankfully, it’s just a building,” Rochlin said at a news conference. “And so camp can continue, because camp is the people.”

Over 100 firefighters worked for around three hours to bring the fire under control, she said.

The camp is in a rural area not far from the presidential retreat at Camp David. Firefighters used tankers and replenished water with a nearby pond, as well as two swimming pools, to battle the blaze, Deputy Fire Chief Kenny Poole said.

Firefighters were extinguishing hot spots Wednesday so investigators can go in, Campbell said.

The investigation is ongoing, and there was no information about the origin or cause of the fire, she said.

Camp is in session and remains so. No campers or staff members were in the building when the fire began, and there were no injuries, Campbell said.

The camp had short-term plans and was working on long-term solutions with the loss of the dining hall, Rochlin said.

Camp Airy and its sister camp for girls, Camp Louise, together cover about 700 acres. They are around 40 and 60 miles northwest of Baltimore and Washington, D.C.

Camp Louise was established in 1922, followed by Camp Airy two years later, according to the camps’ website.

The two camps will hold a joint centennial celebration in 2023, on the year between the 100-year mark for each camp.

“We hope that we’re able to do it for another 100 years, as well,” Rochlin said.

Heart medications can be a huge financial strain, but the reconciliation bill could help