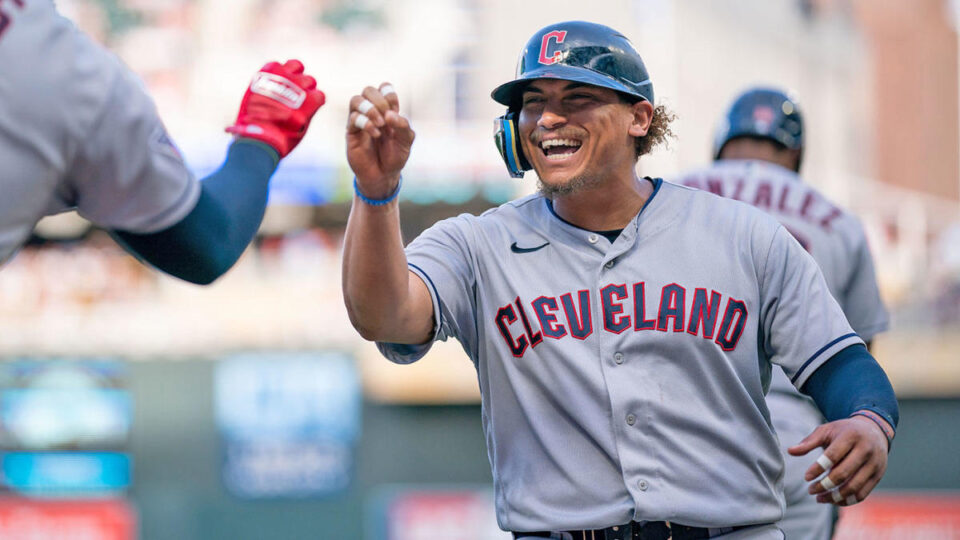 Progressive Field showcases a highly intriguing matchup between American League Central rivals on Thursday afternoon. The Minnesota Twins visit the Cleveland Guardians for a matinee clash between teams with winning records. Thursday’s tilt also serves as the finale of a five-game series across four days. Minnesota and Cleveland split the first four games, with the Guardians winning in walk-off fashion on Wednesday.

Caesars Sportsbook lists the Guardians as -160 money line favorites, and first pitch is scheduled for 1:10 p.m. ET. The total number of runs Vegas thinks will be scored, or the over-under, is 8.5 in the latest Guardians vs. Twins odds. Before you make any MLB predictions with the Twins vs. Guardians match-up, be sure to check out the latest MLB predictions and betting advice from the SportsLine Projection Model.

The SportsLine Projection Model simulates every MLB game 10,000 times and it is off to a strong start to the 2022 season. It’s on a 59-51 run on top-rated MLB money-line picks through 12 weeks. This is the same model that pegged the 2021 Atlanta Braves as one of three best bets to win it all last season at +1000. Anybody who has followed it has seen profitable returns.

Now, the model has set its sights on Guardians vs. Twins, and just locked in its picks and MLB predictions. You can head to SportsLine now to see the model’s picks. Here are several MLB odds and betting lines for Twins vs. Guardians:

Why you should back the Twins
Minnesota’s offense is powerful. The Twins are above the American League average in home runs, doubles, batting average and slugging percentage. Minnesota also sports a walk rate of approximately nine percent, boosting overall effectiveness, and the Twins are near the top of the league in runs, hits and on-base percentage. Minnesota’s lineup is deep and effective, headlined by a star-level talent in Byron Buxton, and the Twins also have an effective starting pitcher lined up for Thursday.

Two-time All-Star Chris Archer will start for Minnesota, and the 33-year-old right-hander has a 3.14 ERA this season. Archer has a 2.76 ERA away from Minnesota, and he has allowed more than three runs in only one start during the 2022 season. Lately, Archer has been even better, posting a 1.57 ERA during the month of June, and the Twins can be confident in his overall baseline.

Why you should back the GuardiansCleveland brings a rock-solid overall arsenal into Thursday’s game, and the Guardians will enjoy the benefit of home-field advantage at the end of a long series. The Guardians are above-average in doubles, triples, stolen bases, strikeout avoidance, and batting average among American League clubs on offense, and Cleveland’s run prevention is stout. The Guardians land solidly above the AL median in wins above replacement and ERA from relief pitchers, with Cleveland’s bullpen generating more than a strikeout per inning this season.

At the start of the game, Cleveland can also take solace in right-hander Shane Bieber, who is a two-time All-Star and the winner of the 2020 AL Cy Young award. Bieber owns a 3.07 ERA with 88 strikeouts in 85 innings this season, and opponents have an unsightly .664 OPS against him. That includes a 2.41 ERA in his last eight starts, and Bieber averages more than five strikeouts for every walk in his MLB career.

How to make Guardians vs. Twins picksSportsLine’s model is leaning under on the total, projecting 8.0 combined runs. It also says one side of the money line has all the value. You can only get the model’s MLB picks at SportsLine.

So who wins Twins vs. Guardians? And which side has all the value? Visit SportsLine now to see which side you need to jump on, all from the model that has crushed its MLB picks, and find out.

Baker, Kyrie are Under Duress according to Chris Broussard | FIRST THINGS FIRST

How to Scale Your Coaching Business with Asynchronous Coaching