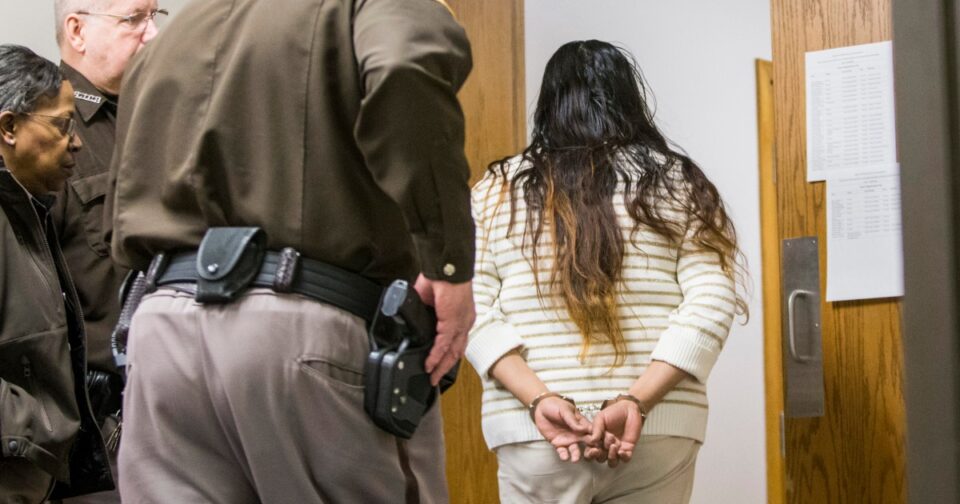 What do you do when the U.S. Supreme Court says your past reproductive choices could have earned you a prison sentence?

As women who have had abortions, that is the question we ask ourselves after the court threw out 50 years of precedent that protected the right to abortion care when it reversed Roe v. Wade last month.

Without this protection in place, many states are outlawing abortion. That means we need to be prepared to see women incarcerated for their family planning decisions. Think that’s a doomsday prediction? These arrests and punishments have already been happening for quite some time, and the floodgates could open now that new laws with severe penalties are being considered.

While anti-abortion forces like to gloss over it, patients are already being prosecuted for their own abortions in mostly unpublicized cases.

While the intent to criminalize patients has not been made explicit, some states have been clear that doctors, nurses, clinic staff, abortion fund staff and volunteers, as well as friends and family who help patients in obtaining an abortion, will face legal consequences.

National Advocates for Pregnant Women, a group that provides legal defense to women facing prosecution for their pregnancy outcomes, reported that from 2006 to 2020, more than 1,300 women in the United States had been investigated, detained or arrested because of their pregnancy outcomes. Many of these were for miscarrying after otherwise noncriminal acts, such as attempting suicide, falling down a flight of stairs and drinking alcohol.

Many states have “feticide” and “fetal assault” laws that were originally created to punish third parties — for instance, someone who pushes a pregnant person down the stairs, resulting in the loss of the pregnancy. But these laws have been used by overzealous prosecutors, especially in red states, to punish women.

Law professor Wendy Bach has written how the crime of “fetal assault” has been used almost exclusively to prosecute poor women and women of color who use drugs, often with the cooperation of doctors and health officials. Few if any of these women ever receive care for substance use disorders themselves, and instead face fines, probation and imprisonment that separates them from the children these laws purport to protect.

The end of Roe will only increase such policing authority over pregnant people’s lives and expand our country’s prison industrial complex. It comes as the incarceration of women is already on the rise: The number of women behind bars increased by more than 475% between 1980 and 2020. Behind bars, women face an increased chance of sexual and physical violence, as well as demeaning conditions, including the continued practice of shackling pregnant women during child birth and offering limited access to hygiene products.

While anti-abortion forces like to gloss over it, patients are already being prosecuted for their own abortions in mostly unpublicized cases. In 2015, Indiana prosecuted Purvi Patel under the state’s feticide law after she took safe, effective and commonly used abortion medications. Prosecutors claimed there was a baby born alive that did not survive.

Her text messages about getting abortion pills were the main evidence used against her. Patel was sentenced to 20 years in prison, but her conviction was overturned and Patel was released after serving 18 months. The Indiana court’s decision left many to wonder, “How could a woman be prosecuted for inducing an abortion if abortion is a protected constitutional right?” That contradiction disappears now that Roe has fallen.

Also in 2015, a Georgia woman tried to end her pregnancy with the safe and widely used medication misoprostol. Kenlissia Jones gave birth to the fetus while rushing to the hospital, but it did not survive. She was charged with murder and held for three days in jail. The felony charges were later dismissed.

And a Tennessee woman, Anna Yocca, who tried to use a coat hanger to end her pregnancy was was charged with attempted murder. Her effort was unsuccessful — she was rushed to the hospital where an emergency C-section was performed. The baby was born prematurely and then adopted by a family. Still, Yoca spent one year and one month behind bars before pleading to a lesser charge in exchange for her release.

Now that abortion is actually a crime in many states, it’s likely that jailing people for their pregnancy outcomes could go from an unusual to a commonplace event.

At least 38 states have fetal homicide laws in place. Twenty-nine of those say a person can be charged with homicide at any stage of pregnancy. The Supreme Court decision only gives police and prosecutors more laws to rely on to send patients to jail.

In our new post-Roe reality (or twilight zone?), the line between miscarriage and induced abortion — already blurry — could become a tripwire for criminal liability. Social media, website visits and electronic messaging could be used to police reproductive decisions.

Now is the time to rage, and to take action. We need networks to assist low-income patients with funds, housing and travel to get them care. We need laws prohibiting the criminalization of miscarriages. We need donors to fund criminal defense. We need bail funds to support doctors, women and allies who are caught up in new criminal statutes. We need increased privacy protections to prevent the monitoring of social media and electronic messaging.

While abortion is a contentious matter that divides us along partisan and ideological lines, we should all at least agree that using a brutal system of punishment to police reproductive decision-making is unacceptable. Criminalization will swell the already increasing number of women in prison — making it more likely that women will be unable to care for and support their children. Those who oppose abortion should be equally opposed to breaking up families through needless imprisonment.

Aliyah Tihani Salim is an Indo-Guyanese feminist, activist and community organizer. She is also a program associate at Galaxy Gives. She sits on the steering committees of Glamour Gals and Jahajee Sisters, dedicated to advancing the well-being of women, and is a mother to the best five-year-old. You can find her at @aliyahtihani.

Shivana Jorawar is an intersectional feminist, lawyer and organizer who advocates for reproductive justice. She co-directs Jahajee Sisters, a grassroots organization founded by and for Indo-Caribbean survivors of gender-based violence in New York City. She was raised in the Bronx, New York, where she currently resides.You can find her at @shivlandia and @shivspeaks