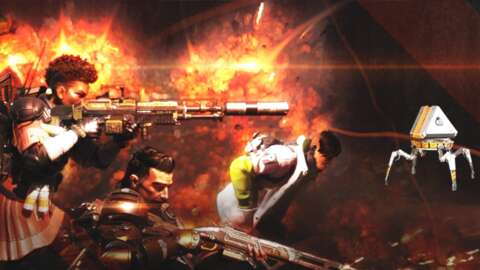 Just after the Awakening Collection Event came to a close, Apex Legends developer Respawn Entertainment launched a surprise event called the Summer Sundown Flash Event. While Arenas-based Flash Events are a regular occurrence in Apex Legends, this is the first Flash Event to hit the game’s original battle royale mode.

In addition to daily challenges and free rewards, the event has also given the in-game store a colorful makeover, with several new cosmetics and item bundles (including the exclusive Fluorescent Tech Legendary skin for Valkyrie). The Summer Sundown event runs until June 12, so players only have a week to complete challenges, obtain rewards, and purchase any premium skins they wish to own. Here’s everything you need to know about Apex Legends’ Summer Sundown Flash Event.

Similar to previous Flash Events, the Summer Sundown event has a series of five challenges that refresh each day. So far, only battle royale mode challenges are visible. As with previous events, daily challenges have a second set of challenges that appear once you’ve completed the first set. For instance, once you complete the challenge requiring you to play two matches, it will then be updated to give you the option to gain more event XP by playing five matches. The first set of challenges (and their corresponding XP rewards) are as follows:

Rewards are received periodically as players collect XP during the event. To gain all rewards, players must accumulate a total of 3000 XP. Players who complete the reward track will obtain a total of:

Here’s a level-by-level breakdown of the specific rewards players can receive from completing the Summer Sundown Flash Event’s free reward track, and the amount of XP required to obtain each of them:

In addition to the cosmetics from the free rewards track, players can also purchase the following items and bundles from the Summer Sundown Sale tab in the in-game store using Apex Coins (AC):

The Fluorescent Tech skin, Pocket Spectre weapon charm, and Blast Off weapon charm are the only event-exclusive items in the store, while the Booming System and Night Crawler skins originally debuted in previous events.

For players on a budget, the Spectre Pack Bundle is perhaps the best deal out of all of them–players who purchase it will get 20 Apex Packs for the price of 10, plus a bonus bobblehead Spectre charm–undoubtedly a reference to the Spectres waiting to attack unsuspecting players in the recently-added IMC Armories on Storm Point.

Apex Legends is free to play on console and PC. A mobile version of the game, Apex Legends Mobile, is available for download on Android and iOS devices.

GameSpot may get a commission from retail offers.