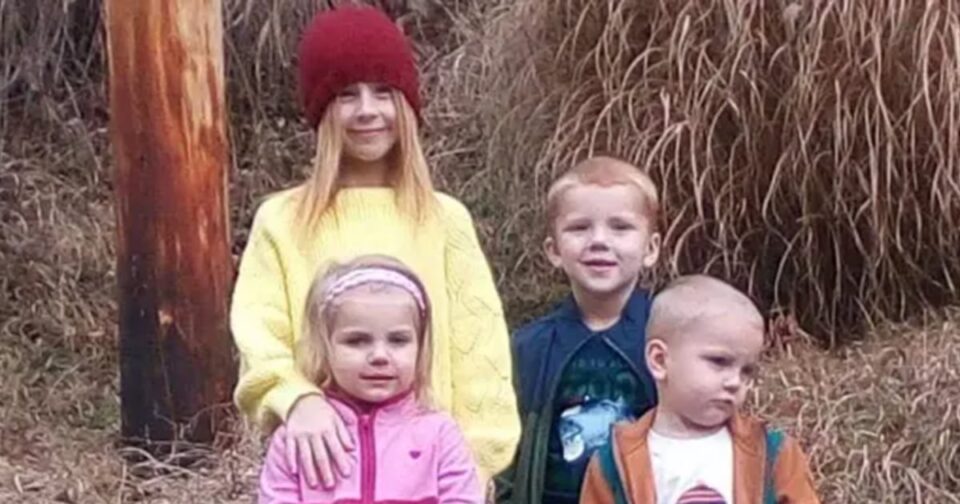 Four siblings are among the at least 26 people who have been killed by flooding in eastern Kentucky.

The children range in age from two to eight years old. Their cousin, Brittany Trejo, said on Facebook that all four siblings had drowned but their parents, Amber Smith and Riley Noble, had survived.

In a picture posted by Trejo, the four children are seen posing for the camera. Eight-year-old Madison is seen dressed in a yellow jacket and smiling for the camera with a hand on the shoulder of sister Nevaeh, 4. To their right stand Riley Jr., 6, and Chance, 2, both wearing colorful jackets.

The bodies of all four children have been recovered, Trejo said.

The search began on Thursday, July 28, when Trejo posted a message asking for prayers for the family.

“Prayers for my family that they find Ambers (sic) four small children they are missing in all this flood waters,” Trejo wrote. She continued to post updates about the search until Friday morning, when she said that all four children had been found.

On Saturday, Knott Country coroner Corey Watson confirmed to NBC News that four siblings had died in the flooding. Watson did not confirm their names.

Since the flooding, which has left people without power, water and cell phone service, teams assisted by the National Guard, have attempted both air and boat rescues. Many state roads are blocked due to the flooding, making it even more difficult to reach people in the hardest hit areas.

In a briefing on Friday, Kentucky governor Andy Beshear predicted that the death toll will likely rise as search efforts continue.

Trump may have lucked out with his latest Jan. 6 machination

2 soldiers dead, 3 others injured in weather-related incident in Georgia