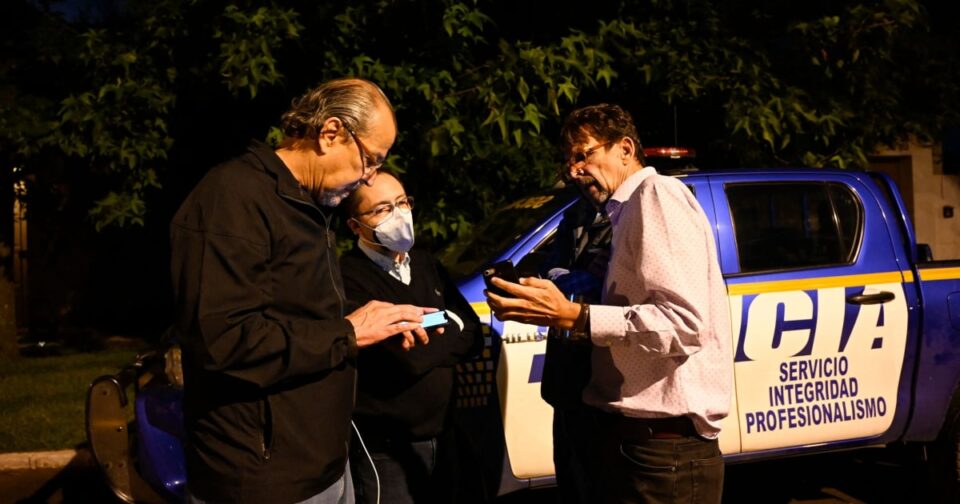 GUATEMALA CITY — Guatemalan authorities arrested a well-known local journalist on accusations of money laundering and blackmail, according to a prosecutor in charge of the case, a move that has sparked outrage among human rights activists.

Speaking from a cell in a video posted to Twitter on Saturday by a journalist for local newspaper Prensa Libre, Zamora said he was beginning a hunger strike in a show of rejection to his persecution.

An attorney for Zamora did not respond to a request for comment.

Zamora, 65, founded the newspaper elPeriodico in 1996, an outlet famous for investigations that have revealed several cases of government corruption.

“I want to make it clear that the arrest has no relation to his quality as a journalist, but to a possible act of money laundering in his capacity as a businessman,” Curruchiche said.

An FECI assistant prosecutor, Samari Carolina Gomez Diaz, was also arrested for her possible participation in the crime of disclosure of confidential information, related to Zamora, Curruchiche added.

“This is a political persecution. I imagine that there must be a conspiracy,” Zamora said Friday as he left for court, guarded by police officers. He was due to go before a judge later on Saturday.

Curruchiche himself was included this month on the so-called Engel List, a list that names those the U.S. government considers “corrupt and undemocratic” actors in the region.

At least five Guatemalan journalists from different media outlets are currently in exile. More than a dozen former FECI prosecutors, judges and human rights activists have fled Guatemala over complaints and arrest warrants issued against them by the FECI.

The administration of President Alejandro Giammattei has not commented on the case.

FBI failures before the Capitol siege avoided the Jan. 6 committee’s scorn. Not for long.