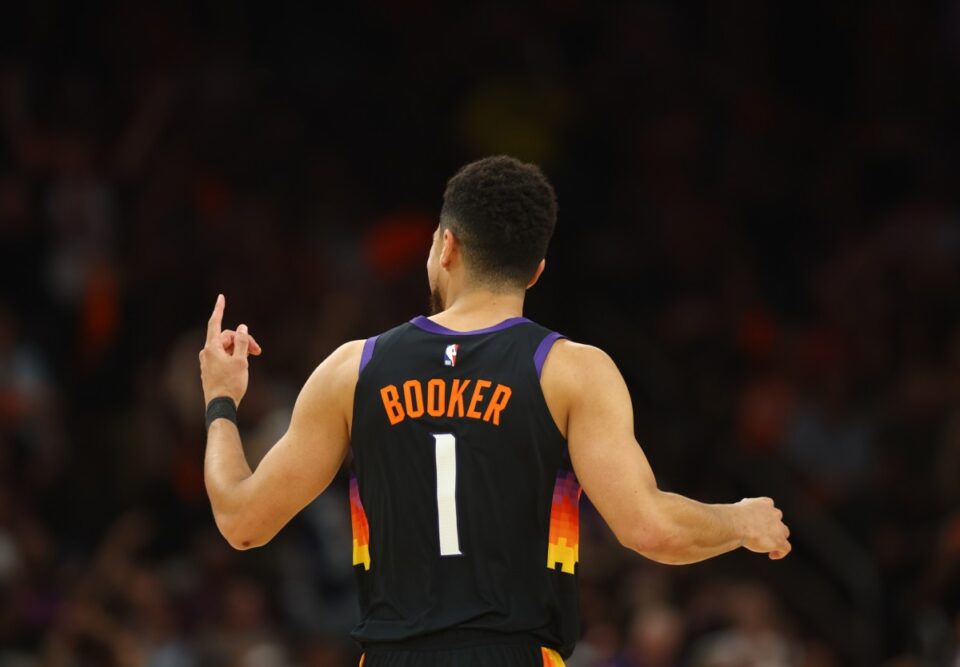 Booker posted a few pictures to his Instagram story to honor the late Bill Russell, who passed Sunday morning.

That was evident in his relationship with Kobe Bryant before he departed our planet, as well as a handful of other greats who have helped pave the way for his current presence in the league.

Booker posted a few pictures on his story in support.

“Bill Russell was the greatest champion in all of team sports. The countless accolades that he earned for his storied career with the Boston Celtics – including a record 11 championships and five MVP awards – only begin to tell the story of Bill’s immense impact on our league and broader society.

“Bill stood for something much bigger than sports: the values of equality, respect and inclusion that he stamped into the DNA of our league. At the height of his athletic career, Bill advocated vigorously for civil rights and social justice, a legacy he passed down to generations of NBA players who followed in his footsteps. Through the taunts, threats and unthinkable adversity, Bill rose above it all and remained true to his belief that everyone deserves to be treated with dignity.

“For nearly 35 years since Bill completed his trailblazing career as the league’s first Black head coach, we were fortunate to see him at every major NBA event, including the NBA Finals, where he presented the Bill Russell Trophy to the Finals MVP.

“I cherished my friendship with Bill and was thrilled when he received the Presidential Medal of Freedom. I often called him basketball’s Babe Ruth for his he transcended time. Bill was the ultimate winner and consummate teammate, and his influence on the NBA will be felt forever. We send our deepest condolences to his wife, Jeannine, his family and his many friends.”

The world of basketball now mourns one of it’s all-time greats. Our thoughts are with the Russell family.

NBA Analyst Believes Suns are out of Kevin Durant Race

Phoenix Suns Biggest Win and Loss During the Offseason

5 Ways to Protect Your New Business