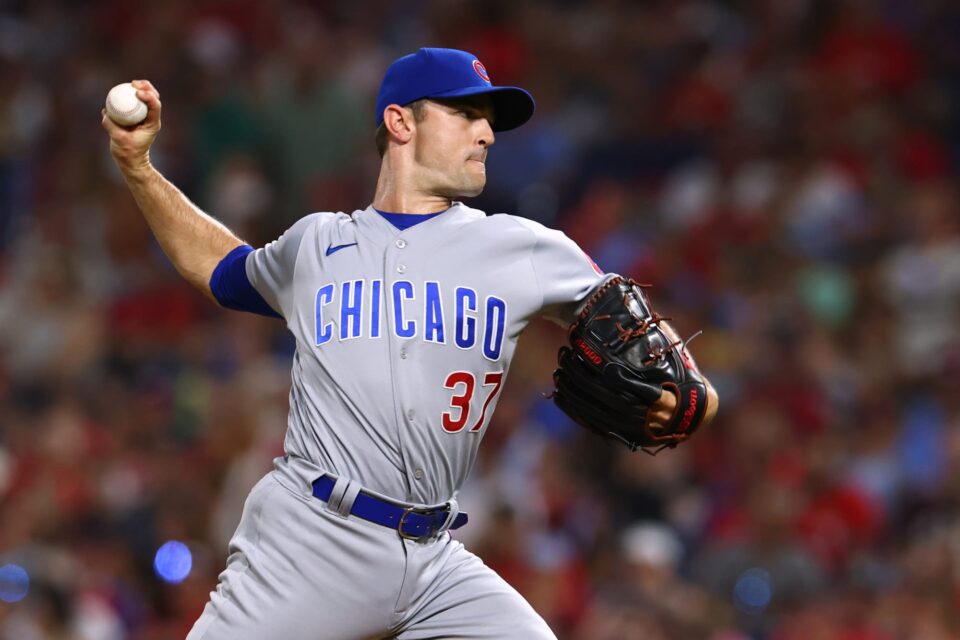 PHILADELPHIA, PA – JULY 23: David Robertson #37 of the Chicago Cubs in action during a game against the Philadelphia Phillies at Citizens Bank Park on July 23, 2022 in Philadelphia, Pennsylvania. The Cubs defeated the Phillies 6-2 in 10 innings. (Photo by Rich Schultz/Getty Images)

The Chicago Cubs have traded David Robertson to the Philadelphia Phillies

The Chicago Cubs have made the first of what could be a few moves as they have traded reliever David Robertson to a team that is familiar to right-hander: the Philadelphia Phillies.

Robertson was traded to the Phillies for minor league pitching prospect Ben Brown.

The Phillies have acquired a very good reliever in Robertson. They are familiar with him as he  was with them in 2019 and 2020, but he was injured for nearly both seasons.

MLB Trade Grades: Phillies – B+Robertson did not pitch at all in 2020 but he made a comeback with the Rays in 2021. He had a 4.50 ERA in 12 games with them. The Cubs took a flier on him and it has paid off for Robertson.

Robertson is a rental but he has postseason experience, which should help the Phillies in the postseason (if they make it).

MLB Trade Grades: Cubs – B-Ben Brown is a lower-level prospect as he was the Phillies’ No. 26 prospect. He was drafted by the Phillies in the 33rd round of the 2017 Draft but he has made it up to Double-A and pitched very well. In 16 games/15 starts, Brown has a 3.08 ERA.

In the past, his control had been a problem (his control was a 40 on a 20-80 scouting scale) but this year, he is averaging 2.8 walks per nine innings. He has also struck out 105 batters in 73 innings with an opponent batting average of .197.

Since he’s a prospect, you never know how he will pan out but for two months of Robertson, it’s not a bad return at all.