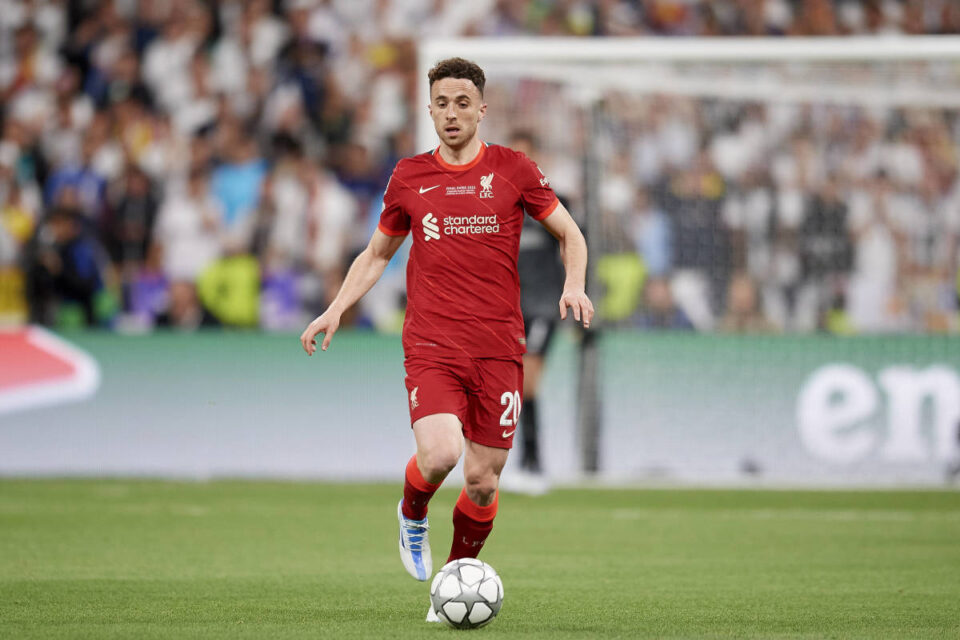 After a few days of speculation, it has now been confirmed that Liverpool’s desire to tie Portuguese forward Diogo Jota down to a long-term deal was concrete.

Liverpool’s official club website today announced that Jota had officially signed a new contract at the club, saying “The Portugal international put pen to paper on the deal at the AXA Training Centre on Tuesday to further extend a spell at the club that began when he arrived from Wolverhampton Wanderers in September 2020.

The length of the deal is yet to be confirmed by the club, but reports claim the contract keeps Jota at Anfield for five years, making him a Liverpool player until 2027.

Diogo Jota also commented on putting pen to paper, “Well, [I’m] really proud, I have to say. Obviously since I arrived two years ago I established myself as an important player in this team – that’s what I wanted from the beginning.

Now, signing a new long-term deal, it’s obviously from the club’s perspective proof of the belief in myself as a player. For me, obviously it’s really good to establish I’ll be here for a while.”

Sounding off with “So, the beginning of a new season, let’s do it.”

The Portuguese international is currently sidelined with a hamstring problem, but is raring to go once full recovered, telling Liverpool’s website once more, “Unfortunately for me I had an upset in this pre-season because I got injured [in the] last game of the season playing with Portugal,

So I was coming back in this pre-season, I felt it a little bit again. So it will be a few more weeks, I would say. When you fight for everything, like we did last year, you just want to do it again and to do it better, because it’s possible.

That drive is in me and I know it’s in my teammates and all the staff. We have everything to fight for those titles out there.”

Diogo Jota widely impressed since arriving from Wolverhampton Wanderers two years ago, quickly becoming a fan favourite with the Kopites. Jurgen Klopp will be hoping he is fit and ready to feature again sooner rather than later.