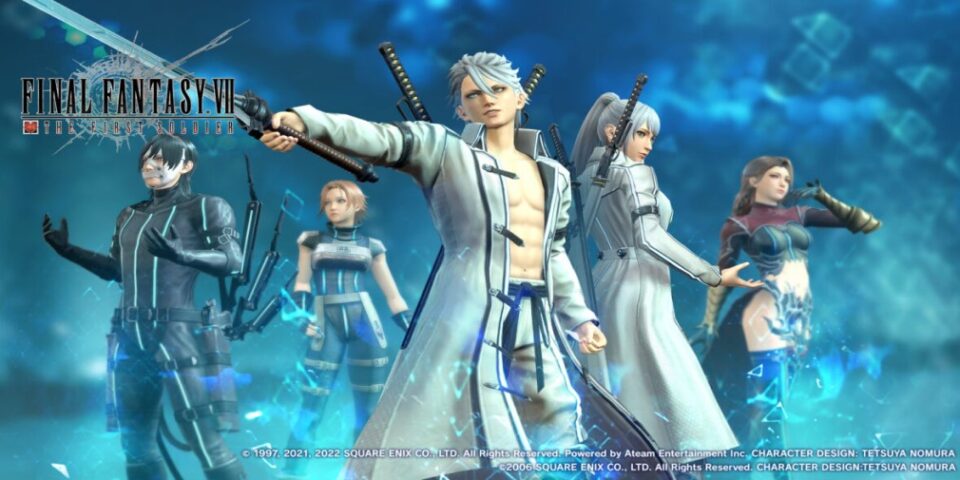 Ateam Entertainment and Square Enix have just announced the addition of a bunch of new cosmetics coming to their popular battle royale, Final Fantasy VII: The First Soldier. These characters will be joining in from other games of the franchise like Final Fantasy VII Remake Intergrade and Dirge of Cerebrus – Final Fantasy VII.

Final Fantasy VII: The First Soldier welcomes Weiss and Nero from Final Fantasy VII Remake Intergrade while the deep ground soldiers Shelke and Rosso are coming from Dirge of Cerebrus – Final Fantasy VII. No one really likes duplicates, so in exchange, players will receive special items when they earn the same skin again.

Weiss is one character players will want to get doubles of. He has a special unlocking process wherein players get additional effects and minor alterations to the skin so that it’s constantly evolving. There are three upgrade levels, the first being the outfit itself, followed by the Empowered version, and ending with The Immaculate effect. Don’t miss out on copies this time!

Weiss and the other character skins will be available in the Advance Shinra Packs that can be bought until August 31st. They cost either 300 Shinra Credits or five Advanced Shinra Pack tickets. If players keep logging in, they will be able to purchase four packs for free as tickets are being given away as login rewards.

In case you haven’t heard, Square Enix is also hosting The First Soldier’s first-ever tournament in North America. It begins on August 12th and there’s a prize pool of $10,000 which will be divided among the top 50 teams, with the first place will receiving $6,000, the second $3,000, the third $900, and MVPs $100. The last day to register to August 4th so be sure to do it soon!

Get your hands on the new skins by downloading Final Fantasy VII: The First Soldier now by clicking one of the links below.

Also, check out this list of the best battle royales to play on mobile!