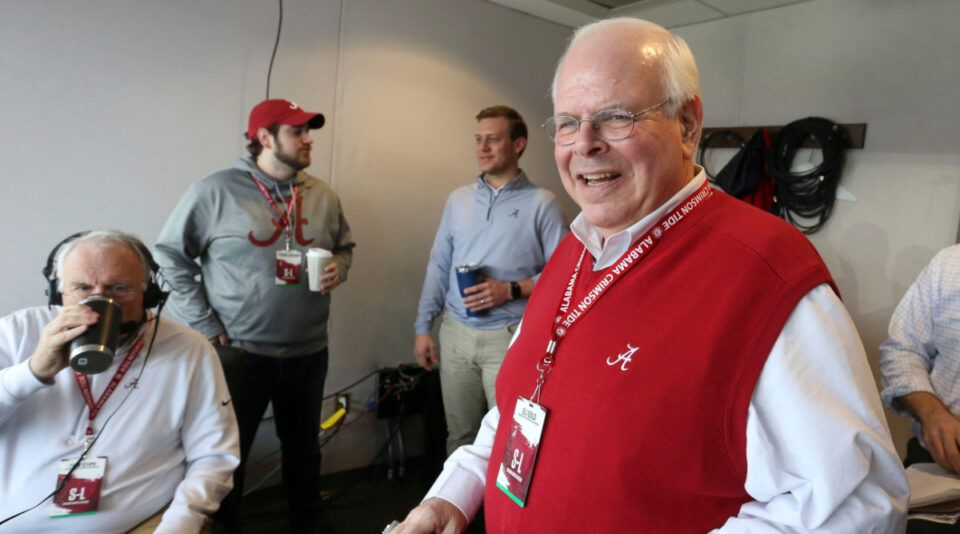 In this story:Alabama Crimson Tide

Eli Gold, the voice of Alabama football dating back to 1988, will not be behind the mic when Nick Saban’s club begins the 2022 season. The program announced Wednesday that Gold, 68, will be sidelined to begin the year due to health concerns.

Alabama did not go into detail about Gold’s medical situation or a potential timeline for his return but named his replacement for the time being.

Chris Stewart, who works as a sideline reporter for Alabama’s football broadcast and is the play-by-play voice for the Crimson Tide basketball and baseball programs, will fill in for Gold on the call for football as well. He will also serve as host of The Nick Saban Show and Hey, Coach, two radio shows hosted by Gold.

Gold had an impressive streak of 409 consecutive Alabama games called snapped in 2020 when he contracted COVID-19 ahead of that season’s game against Arkansas. He signed a new deal with the program in ’18, which is set to run through ’23. At the time, he told AL.com that he intends to work beyond the end of his current contract.

Gold was inducted into the Alabama Sports Hall of Fame in 2014.

Number 36 and the Three Dolphins Who Wore It Best