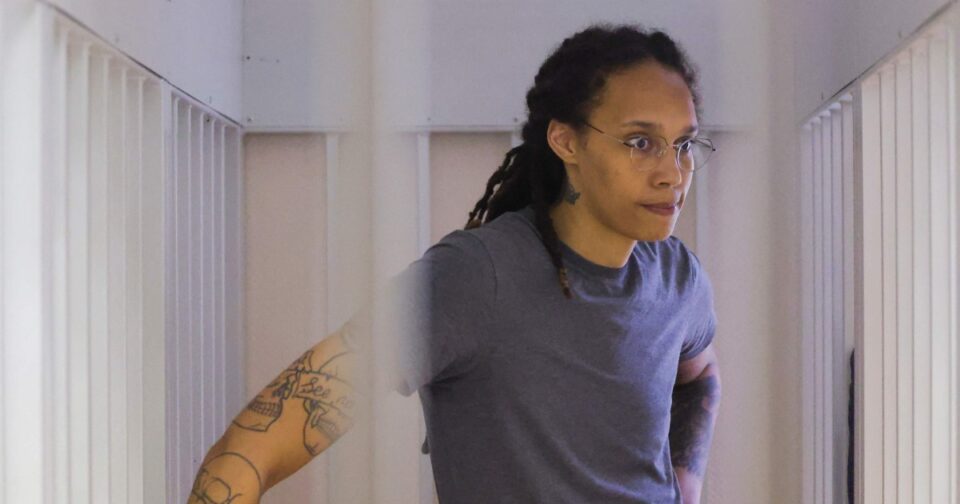 National Security Council spokesman John Kirby said Thursday that the U.S. had made a “serious proposal” for a prisoner swap and urged Russia to “accept it.”

“They should have accepted it weeks ago when we first made it,” he said. Asked if Washington was consider a counteroffer from Russia, he said: “I don’t think we go so far as even call it a counteroffer.”

Griner, 31, was sentenced to nine years in Russian prison Thursday after being found guilty of drug possession and smuggling. She will also have to pay a fine of 1 million rubles ($16,590), but can appeal the verdict.

The basketball star was detained at Moscow’s Sheremetyevo Airport in February after Russian authorities said they found vape canisters containing cannabis oil in her luggage.

Griner, a center for WNBA’s Phoenix Mercury who has played in Russia for the last seven years in the winter, admitted the canisters were hers. However, she said she had brought them to Russia unintentionally after packing her luggage in a hurry.

In a final plea for leniency Thursday, the two-time Olympic gold medalist apologized and repeated that she had never meant to break any Russian laws and had made “an honest mistake.”

“The court completely ignored all the evidence of the defense, and most importantly, the guilty plea,” her lawyers said in a separate statement sent on the Telegram messaging app. They said they will file an appeal.

Griner’s WNBA team, the Phoenix Mercury, said it was hopeful the Biden administration would be able to secure her freedom.

“While we knew it was never the legal process that was going to bring our friend home, today’s verdict is a sobering milestone in the 168-day nightmare being endured by our sister, BG,” the franchise said in a statement.

“We remain heartbroken for her, as we have every day for nearly six months. We remain grateful to and confident in the public servants working every day to return her to her family and us,” it said.

The Kremlin has been accused of using Griner as a political pawn, while the Biden administration has been under growing pressure from her family and teammates to secure her release.

Heart medications can be a huge financial strain, but the reconciliation bill could help

Climate change is increasing the chances of a California ‘megaflood,’ experts warn