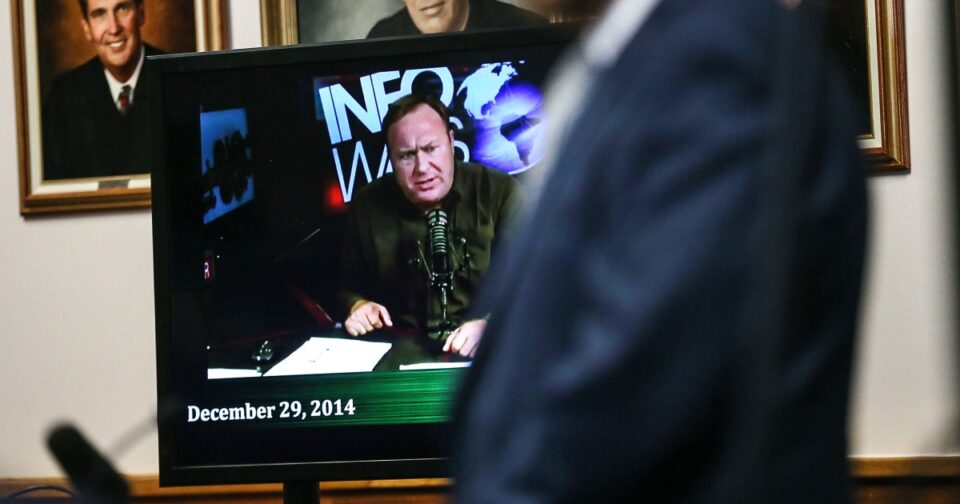 Courts in Texas and Connecticut have already found Jones liable for defamation for his portrayal of the Sandy Hook massacre as a hoax involving actors. Jones had claimed the purported hoax was aimed at increasing gun control.

On Friday ahead of deliberations on punitive damages, Wesley Todd Ball, a lawyer for the parents, asked jurors to send Jones a message.

“We ask that you send a very, very simple message, and that is: stop Alex Jones. Stop the monetization of misinformation and lies,” Ball said.

The lawyers had asked jurors to award an additional $145.9 million, which would have brought the total damages to the $150 million sought by the prosecution.

Earlier Friday, an economist for the prosecution testified that Jones and Infowars are worth between $135 million and $270 million combined.

Jones’ attorney, Andino Reynal, said the Infowars host has learned his lesson and asked the punishment be less than  $300,000.

Following the verdict, Reynal objected to the jury’s decision, arguing that the verdict did not comply with Texas law, which caps the actual award at $750,000 per plaintiff.

The Download: experimental embryos and the US monkeypox emergency