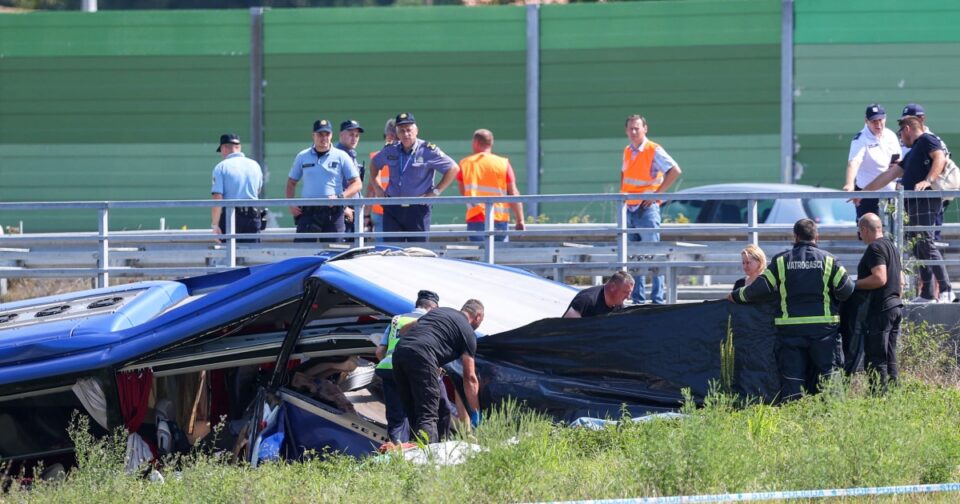 At least 12 people were killed and several others were injured when a bus skidded from a highway in northern Croatia, police said.

“We have 43 injured people, of them 12 deceased,” said Maja Grba-Bujević, the director of the Croatian Emergency Medicare Institute.

An investigation into the cause of the accident was under way, police said, adding that the bus was registered in Poland.

“All the victims are Polish citizens — we can at this point confirm this,” a Polish Foreign Ministry spokesman told Polish private broadcaster TVN24. “The bus has Warsaw registration plates.”

The accident happened at 5:40 a.m. local time (11.40 p.m. ET Friday) some 30 miles north of Croatia’s capital, Zagreb, on the A-4 highway, which is busy during the peak of the tourist season.

Rescue teams were sent to the location of the accident, Croatian media reported. No other details were immediately available.