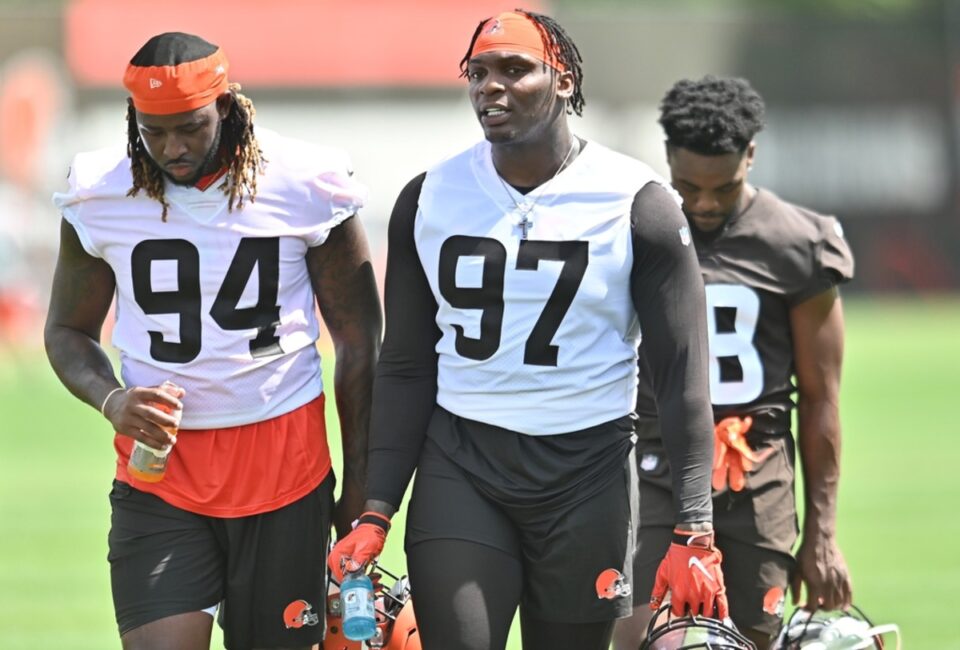 A 2022 draft pick by the Cleveland Browns was the latest player to exit practice early with some help.

The Cleveland Browns got a pair of players back today from injury but had another leave practice with a trainer. Rookie defensive end Alex Wright walked off the field with trainers during today’s training camp practice in Berea.

Wright went indoors with a pair of trainers. The rookie out of UAB was walking gingerly, but the reason for the early exit from practice is unknown to this point.

This season, Wright figures to mix in as a rotational rusher for the defense. During his senior season at UAB, Wright was semi-productive with six sacks, and two forced fumbles.

Fellow defensive end Stephen Weatherly went on the injured reserve, the Browns have already signed his potential replacement. Wright missing time would slow down him from getting ready for his rookie season, so you have to hope that is not the case.

Be sure to bookmark Browns Digest for everything you need Browns … Browns Digest brings you news, analysis, film work, draft coverage, and more.

Roger Goodell Decides on if he Will Hear Deshaun Watson Appeal

Deshaun Watson’s side, NFLPA Working on a Response to NFL’s Appeal

Laying out who the Browns Will Face Without Deshaun Watson

Man in custody after Washington Monument vandalized with red paint