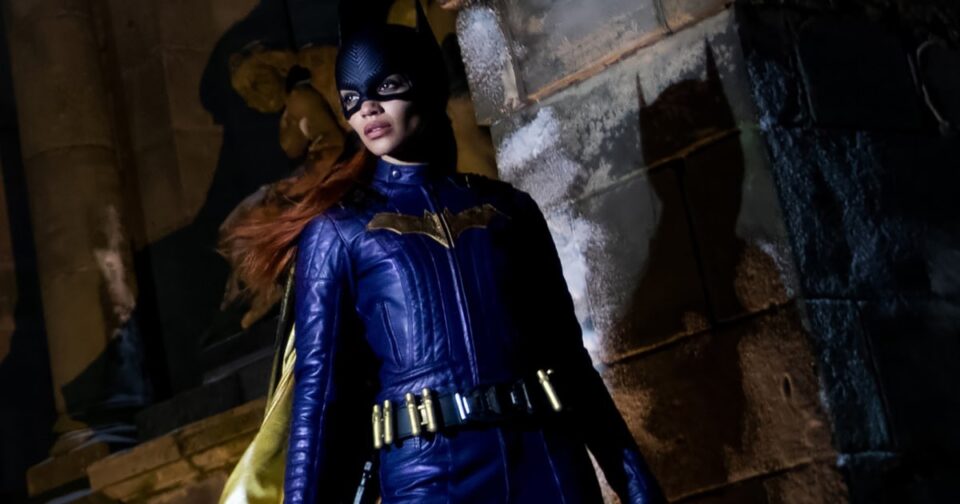 When “Batman and Robin” came out in 1997, it seemed like everyone was focused on Alicia Silverstone’s body. The actor who played Batgirl was greeted with misogynistic and body-shaming echoes of “Fatgirl” by so-called fans of the franchise. In a particularly gross quip, late director Joel Schumacher laughed about how Batgirl’s suit came “with nipples. We’re an equal opportunity movie.”

When it was announced last summer that an actor of color was going to play Batgirl in a live action film, racist trolls came for star Leslie Grace in the same way they came for Halle Bailey after she was chosen to star as Ariel in “The Little Mermaid.” In the comics, Batgirl is white. Grace is Dominican. Some fanboys couldn’t deal with the fact that they weren’t getting the Batgirl they wanted.

Why can’t Batgirl get a break?

“Batgirl” represented an opportunity for young women to see themselves as superheroes in the Batman world.

The sexism and racism show a dark underside of comic book fandom that can only be combated by proud indifference in which the participation of women and minorities in these cultural touchstones becomes so routine it is part of the DNA of the productions.

That’s why the recent cancellation of “Batgirl” by Warner Bros. after the roughly $90 million production had already wrapped isn’t just shocking but appalling. A film that would have been pathbreaking for DC Comics in terms of its representation (in addition to Grace, there is a trans actor playing a trans character and the directors, Adil El Arbi and Bilall Fallah, are Muslim) will probably never see the light of day.

The decision seems to be a result of financial considerations, with Warner Bros. explaining that it was shifting gears as part of a merger with Discovery Inc., combined with questions about the movie’s quality. Warner Bros. Discovery president and CEO David Zaslav responded to criticism during a company earnings call on Thursday by saying, “We’re not going to launch a movie to make a quarter and we’re not going to put a movie out unless we believe in it.”

Rolling Stone reported that the movie began testing with audiences in July, and while Grace’s performance was praised, the overall feedback was negative. But on social media, fans have expressed dissatisfaction with the explanation that the film just wasn’t good enough. After all, we’re talking about DC, the company behind such Rotten Tomatoes-roasted films as “Green Lantern” (2011), “Suicide Squad” (2016) and “Batman v Superman: Dawn of Justice” (2016). All these movies were tremendous flops.

But there was an opportunity for “Batgirl” to turn the tide. Batgirl is a female voice in a male-dominated genre that often feels exclusionary. For fans who have felt marginalized by the testosterone-soaked Batman franchise, where women are often either sidekicks or romantic interests (excluding Catwoman, who is both), “Batgirl” represented an opportunity for young women to see themselves as superheroes in the Batman world.

It was also an opportunity for more inclusive storytelling in other ways. Aside from having a Batgirl of color, Batgirl’s best friend, a trans woman named Alysia Yeoh, was played by trans actor Ivory Aquino. This would have marked the first time a live action feature film adaptation of a DC Comics title would feature an openly trans character.

Fans feel sideswiped — and so do those who worked on the film. “We still can’t believe it,” co-directors Adil El Arbi and Bilall Fallah said in an Instagram post. “As directors, it is critical that our work can be shown to audiences, and while the film was far from finished, we wish that fans all over the world would have had the opportunity to see and embrace the final film themselves. Maybe one day they will insha’Allah.”

Whether or not it gets resurrected, the killing off of “Batgirl” doesn’t inspire confidence in the direction Warner Bros. Discovery is headed. In a chart the newly merged company released Thursday, audiences had the chance to see just how gendered its conception of its programming is.

The chart shows that executives believe HBO Max skews male, specializes in scripted content and is “Appointment Viewing,” while Discovery+ skews female, specializes in unscripted programming and is “Comfort Viewing.” The chart has been savaged on social media, with many saying it proves that sexism is running the show.

Additionally, Bloomberg reported that “Given six seats on the new company’s board, Zaslav and Discovery appointed a roster of all White male directors,” and that the majority of the chief executive officer’s 13 direct reports are also white men — some of them recently hired under Zaslav.

And then there’s the problem of Ezra Miller. The actor, who plays the title role in the upcoming DC movie “The Flash,” has been making headlines for a variety of disturbing behavior. From getting arrested in Hawaii to accusations of abuse and intimidation (one 12-year-old’s mother was issued a temporary protective order against the actor), Miller appears to be a serious liability. Yet “The Flash” seems set for release in summer 2023.

While not everything has to have a sinister undertone, and the decision to cancel “Batgirl” could well have been made for purely financial reasons, if your fans are concerned about racism and sexism, perhaps it’s time to look at your production practices and start listening.

Patricia Grisafi, Ph.D., is a freelance writer and editor. Her work has been featured in The Guardian, Salon, Vice, LARB, Catapult, Self, Narratively, The Rumpus, Business Insider and elsewhere. She lives in New York City with her husband, son and two rescue pit bulls.

Kansas’ vote on abortion rights turns spotlight on the next battlefront: State constitutions