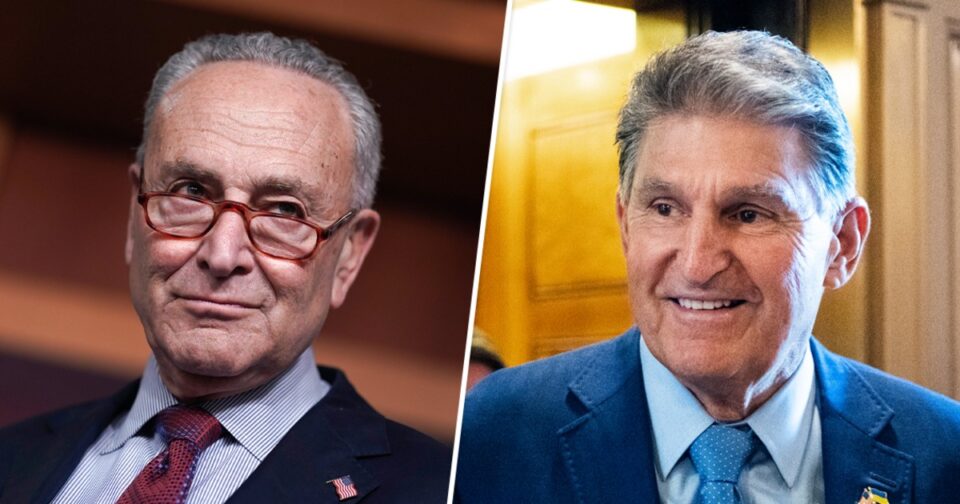 Democrats count the sprawling package as just the latest in an unusual streak of legislative wins for a Congress typically mired in partisan gridlock. There was a $1 trillion infrastructure package last year, the most significant gun control legislation in a generation, a major semiconductor and science competitiveness package, a bill to help veterans exposed to burn pits and a vote to admit Finland and Sweden into NATO amid a showdown with Russia.

“Mitch McConnell and Republicans have been standing with Big Oil, standing with Big Pharma to protect their profits, and we have been for years trying” to lower costs, Sen. Debbie Stabenow, D-Mich., head of the Democratic Policy Committee, told NBC News.

“This is the big moment here with these forces,” she said, “and the people are going to win.”

“I don’t know if there’s been any Congress and president that has been as productive as we’ve seen in this Congress,” he said in an interview. “This president keeps putting up historic bills that are meeting the urgencies of the American public.”

“Lowering drug prices, lowering the cost of health insurance for millions of Americans, dealing with climate change motivates our base in a big way, especially young voters,” Peters said.

There was little Republicans could do to stop the massive spending package. They couldn’t filibuster it since Democrats are using the special budget reconciliation process that allows them to pass a bill with a simple majority — without needing support from a single Republican.

But Republicans found ways to make things painful. During the “vote-a-rama” — a process in which senators can offer virtually unlimited amendments — Republicans late Saturday night and through Sunday morning forced vulnerable Democrats to take tough vote after tough vote on politically tricky issues.

The package faced turbulence near the end of the vote-a-rama. Sinema and six other centrist Democrats helped pass a Republican amendment that would exempt some subsidiaries owned by private equity firms from the new corporate minimum tax. The amendment could have created a major problem in the House since it was paid for by extending the cap for state-and-local tax (SALT) deductions — something that northeastern Democrats opposed.

In floor speeches and hallway interviews, Republicans argued that the bill’s name was misleading and would do little to bring down record inflation under Biden.

Senate Minority Leader Mitch McConnell, R-Ky., slammed it as “yet another reckless taxing-and-spending spree.” And Senate Minority Whip John Thune, R-S.D., called it “Democrats’ grab bag of bad ideas.” Others said the hundreds of billions in tax hikes on corporations would propel the country into a recession.

“If they want to celebrate a tax-and-spend, jobs-killing, wasteful bill at a time when inflation is high, I think their celebration is misplaced,” Sen. Cynthia Lummis, R-Wyo., said, adding that she was “disappointed” her moderate Democratic colleagues got on board while recognizing that Americans are struggling with high prices for gas, groceries and travel.

Some criticism came from within Democrats’ own caucus as well. Sen. Bernie Sanders, I-Vt., the progressive icon who caucuses with Democrats, ripped the package for not going far enough. Unlike Biden’s original Build Back Better package, the slimmed-down inflation bill had no child tax credits, universal preschool, free community college or Medicare expansion.

“There is nobody who can deny that this legislation does not address the major crises facing working families,” Sanders told reporters. “This bill has nothing to say about the housing crisis, the child care crisis, the crisis of higher education, the crisis of millions of Americans. Older Americans don’t have any teeth in their mouth because we haven’t expanded Medicare.”

Ali Vitali is a Capitol Hill correspondent for NBC News, based in Washington.