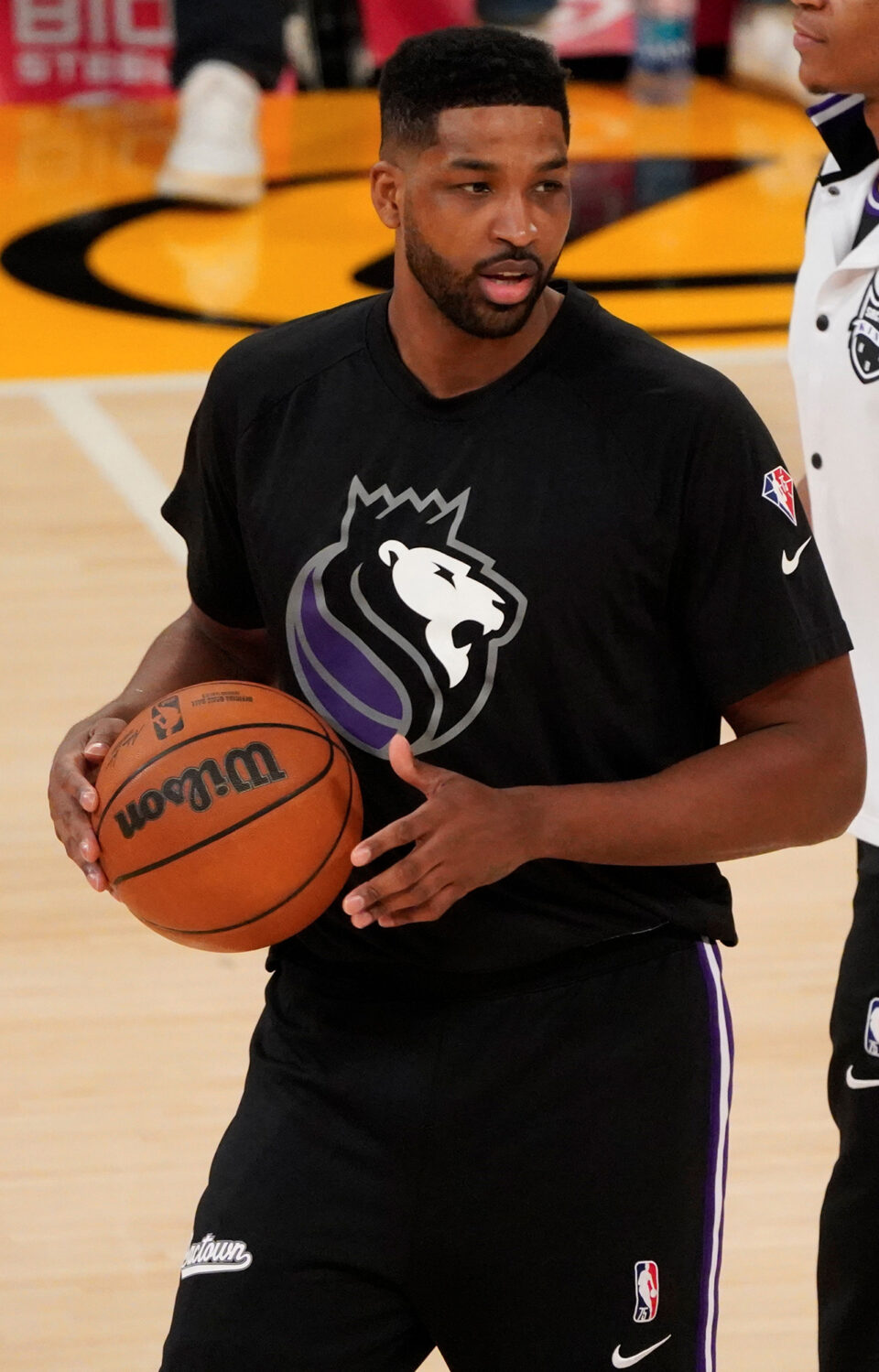 Motivation for the new dad. Tristan Thompson shared an inspirational message hours after Us Weekly confirmed he and Khloé Kardashian welcomed a son.

“Preach,” Thompson, 28, captioned a video via his Instagram Story on Saturday, August 6.

Us confirmed the night prior, on Friday, August 5, that Kardashian, 38, and the athlete had welcomed their second child together, a son, via surrogate.

“Both baby and mother are very happy and healthy,” a source told Us exclusively. “Khloé is so thrilled to expand her family.”

The exes were confirmed to be gearing up to welcome baby No. 2 in July.

“We can confirm True will have a sibling who was conceived in November,” a rep for the reality star said in a statement at the time. “Khloé is incredibly grateful to the extraordinary surrogate for such a beautiful blessing. We’d like to ask for kindness and privacy so that Khloé can focus on her family.”

They welcomed daughter True in April 2018.

The on-again, off-again couple implanted the embryo in November 2021, just weeks before the Good American founder learned of Thompson’s cheating scandal with Maralee Nichols. The fitness instructor sued the basketball player for child support while pregnant, and Kardashian didn’t learn of Thompson’s infidelity nor that he was expecting a child with another woman until the lawsuit went public in December 2021.

Hulu’s first season of The Kardashians gave insight as to how the Strong Looks Better Naked author dealt with the drama. She said she felt “embarrassed” by Thompson’s transgressions, one of several cheating scandals.

“I am replaying every event, every grand gesture, every trip [and] every date. All of that was a lie,” she explained during a June episode. “How were you able to not say something? I feel just not really in my own body. … Everything is an act of betrayal. Everything is a lie. Everything is manipulation [and] it is deceit. Did Tristan have every opportunity to tell me? Yes. Was Tristan going to tell me if there wasn’t a baby involved? Absolutely not. And that shows a lot about his character. The entire thing is despicable.”

Theo, Thompson’s son with Nichols, was born in December 2021. The NBA star apologized to Kardashian publicly after a DNA test confirmed he was the father.

Prior to welcoming True, Theo and his latest son (whose name has yet to be revealed), the Canada native welcomed son prince with ex Jordan Craig.

Listen to Us Weekly’s Hot Hollywood as each week the editors of Us break down the hottest entertainment news stories!

Your Next Organ Could Be 3D Printed