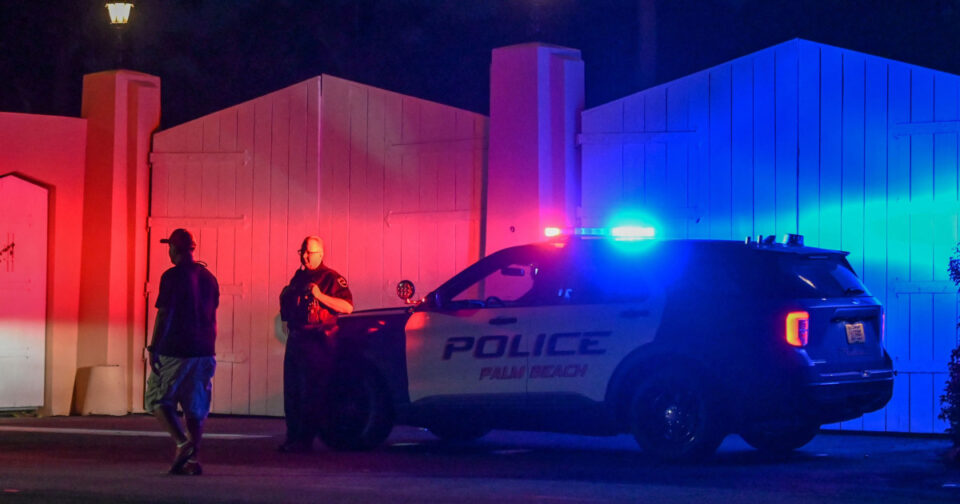 But first: Monday’s breaking news that the FBI conducted a search on former President Donald Trump’s Florida estate has served as a unifying moment across the Republican Party.

To again wrap themselves around Trump and undercut faith in institutions.

NBC News is reporting the search is tied to classified information Trump had been accused of bringing to Mar-a-Lago when he left office, but there are many more questions than answers this morning.

The Justice Department will ultimately need to explain to the American people why the FBI took such a stunning step of raiding a former president’s home. Remember, search warrants require the FBI to show probable cause they’d uncover proof of a crime before a judge approves of the search.

If all the FBI was looking for was evidence of a relatively minor crime, the blowback will obviously be fierce. But we still don’t know what exactly they’re investigating.

Rather than preaching calm, or even measured caution, many prominent Republicans quickly jumped to politics, instead of waiting for the facts to unfold.

“What Nixon tried to do, Biden has now implemented: The Biden Admin has fully weaponized DOJ & FBI to target their political enemies. And with 87K new IRS agents, they’re coming for YOU too.” Texas Sen. Ted Cruz tweeted.

“Using government power to persecute political opponents is something we have seen many times from 3rd world Marxist dictatorships. But never before in America,” said Florida Sen. Marco Rubio, the top Republican on the Intelligence Committee.

(Absent from the chorus of condemnation — most of Senate GOP leadership.)

Republican lawmakers and candidates on the party’s fringe have taken it even further, calling for steps like defunding the FBI.

It’s all a reminder of the state of our current politics — any allegation that Trump committed wrongdoing is treated by most Republicans as a loyalty test of the former president. Lather, rinse, repeat.

Data Download: The number of the day is … $9.2 million

That’s how much Tim Michels has spent on TV ads in the Wisconsin Republican primary for governor, per AdImpact. Michels could hit $10 million in ad spending alone by the time polls close on Tuesday.

He’s the top spender among groups and candidates that have booked airtime in this race. Rebecca Kleefisch has spent over $4.4 million. Two outside groups have spent over a million each, with the conservative Club for Growth Action dropping over $1.8 million on the race to attack Kleefisch and Freedom Wisconsin PAC, which is boosting Kleefisch with over $2.3 million spent on ads.

Other numbers to know:

22: The number of days until Aug. 31, when a moratorium on federal student loan payments expires.

20%: How much of the monkeypox vaccine could be injected under a different injection method the Biden administration is considering in order to extend the vaccine supply, per the New York Times.

3: How many votes short that Nebraska Republicans in the state Legislature are from having enough support to move forward with a 12-week abortion ban, per Gov. Pete Ricketts.

21%: The two-week increase in the average daily Covid deaths in America as of Monday afternoon, currently at 523.

10% The two-week decrease in the average daily Covid cases in America, currently 118,654.

The GOP primary for governor in Wisconsin is one of the top races to watch today. It’s become a proxy war of sorts between Trump, who has backed businessman Tim Michels, and former Gov. Scott Walker, who has former Lt. Gov. Rebecca Kleefisch.

Walker represents the state GOP’s old guard, veteran of the political wars he fought alongside Kleefisch. Kleefisch is running as a “proven conservative,” a callback to those days. But in Michels, that establishment is being challenged by a self-funding businessman backed by Trump.

Walker, for his part, said casting the race as a battle over the future over the GOP was “a little overblown.”

“Yeah Donald Trump helps, but so do tens of millions of dollars,” Walker told NBC News’ Shaquille Brewster, referencing the money Michels has poured into his own campaign. He went on to note Kleefisch’s other conservative backers, including former Vice President Mike Pence and Sen. Ted Cruz, R-Texas. Walker is still well-regarded among Republicans in the state, despite his 2018 loss to Democratic Gov. Tony Evers, for helping build the state party and enact conservative policies.

Asked if Walker viewed the race as tied to his legacy, he told Brewster why he was supporting Kleefisch.

“If you’re competent, I’m going to be loyal, whether it’s in a personal relationship, or in terms of someone who worked with me. I saw firsthand what [role] Rebecca played,” Walker said, noting he can “personally vouch” for her support for conservative reforms.

“It just makes a lot of sense I’d be connected,” he said.

Elsewhere on the campaign trail:

Washington-03: GOP Rep. Jaime Herrera Beutler is now trailing her Trump-backed primary challenger Joe Kent by 960 votes, per NBC News’ Decision Desk. The race has not yet been called. Roughly 10,000 voters have not yet been counted in the district’s largest county, with another update expected Tuesday afternoon, per the Associated Press.

The Republican Accountability Project, a group backed by former Republican strategists, is out with a new ad in Georgia, highlighting abuse allegations against former football player Herschel Walker. Walker is the Republican nominee for Senate running against Democratic Sen. Raphael Warnock.

In the ad, a narrator asks viewers, “Do you think you know Herschel Walker?”

“Well think again,” the narrator adds, “Listen to what his ex wife had to say about him.” Then, the ad cuts to an interview with Walker’s ex wife, Cindy Grossman, as she describes actions of violence she says she witnessed when she was around him. Some of them include violence directed at her. (Walker has denied breaking any laws but has more generally spoken about his history of mental illness.)

The group is dropping $100,000 on this ad buy, according to the New York Times. That’s one small dent in the Georgia campaign. Walker has already spent over $6 million on the airwaves, while Warnock has spent over $32 million, according to AdImpact, an ad tracking firm.

The father and son convicted of murdering Ahmaud Arbery were both given an additional sentence of life in prison Monday on federal hate crime charges, while their neighbor was sentenced to 35 years in prison.