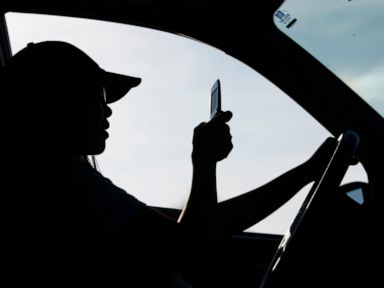 New research suggests state laws that prohibit drivers from holding a cell phone under any circumstance appear to be effective in reducing rear-end crashes.

The Insurance Institute for Highway Safety on Tuesday looked at data from Oregon, Washington and California, states with broad prohibitions on cell phone use in cars, and compared it to Colorado and Idaho, which prohibit texting.

It is illegal in Oregon and Washington to hold a cell phone or other electronic device while behind the wheel, including when the vehicle is stopped in traffic or at a red light. California prohibits “holding and using” a cell phone but did not specify that it applies to temporary vehicle stops.

The IIHS researchers reviewed data that showed that rear-end injury crash rates dropped 11% in Washington and 9% in Oregon after their bans on holding a cell phone took effect when compared to the control states.

Data from California did not indicate a reduction in rear-end collisions, according to the IIHS.