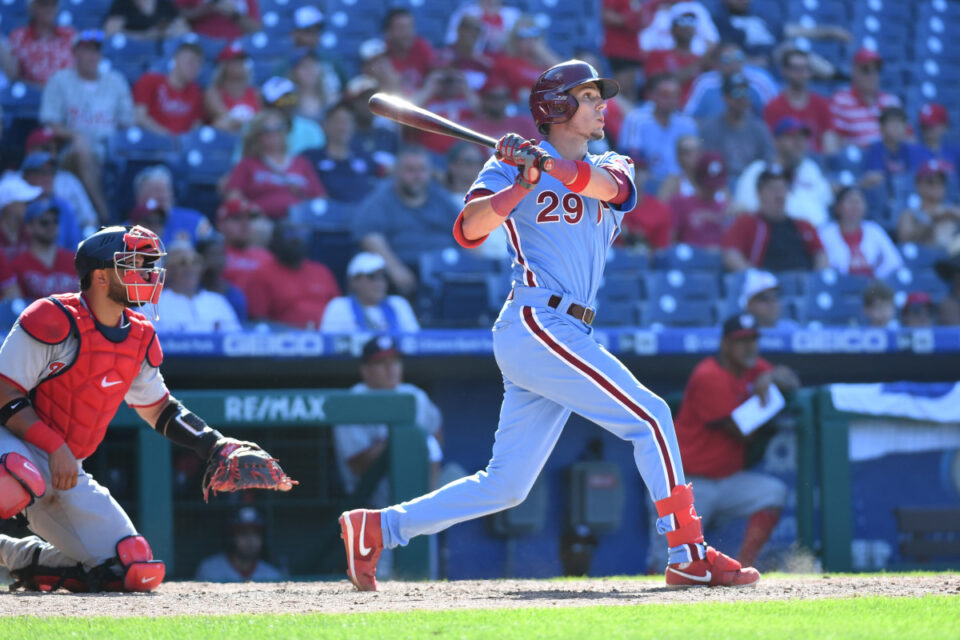 Nick Maton has been a jolt of energy, a lottery ticket even, for the Philadelphia Phillies in 2022.

Over the course of 131 plate appearances for the Phillies last year, the infielder showed some promise, slashing .256/.323/.385 while playing serviceable defense at middle infield. But with Philadelphia in “win-now” mode for the last several seasons, room for a developing player like Maton was not available, until now.

While the Phillies’ infield isn’t in flux, the franchise has shipped out veterans like Didi Gregorius in favor of younger players like Bryson Stott and now Maton, as the organization has their eyes fixed this season and next.

Maton’s 12 plate appearances this season have resulted in a .600 batting average, with two home runs to aid his cause. Now, with the club red-hot, he does fill a need for Philadelphia.

Having a hard-hitting, contact-plus type of hitter in the lineup helps any team, even if defense hasn’t yet been proven to hold up to the rigor of a full MLB season. Regardless, he can play tough positions around the diamond that give Phillies regulars days off.

Having a strong bench is a hallmark of a contender. The bench players being homegrown talent are even more valuable, and Maton checks both those boxes.

Another, potentially more vital role Maton fills for the Phillies, is ‘clubhouse spark plug.’ He’s well liked by his teammates. In an article from The Philadelphia Inquier’s Scott Lauber, Aaron Nola referred to him as “scrappy… brings good energy.”

Meanwhile, Hoskins talked about his character, “He’s a talkative guy, but he’s a sponge man. He’s always asking questions trying to get better.”

When asked about the possibility of taking a crack at center field Maton responded playfully, “I’ve got a lot of gloves.”

Even former-Phillie great Larry Bowa had high praise for Maton in an article from Matt Breen, “It’s totally unfair, but he reminds me a little of Chase [Utley].”

He’s right, it is unfair to compare the two, few Philly athletes will ever equal Utley. But from a mindset perspective, Maton has it all.

“Personality-wise. He gets after it, man. He’s not afraid to work. I’m not comparing him to Chase because Chase is a great player, but they remind me a lot of each other,” Bowa continued.

Maton is by no means the sole answer to the Phillies’ success down the stretch, but he may very well be a piece that moves the needle towards the first postseason berth in over a decade.