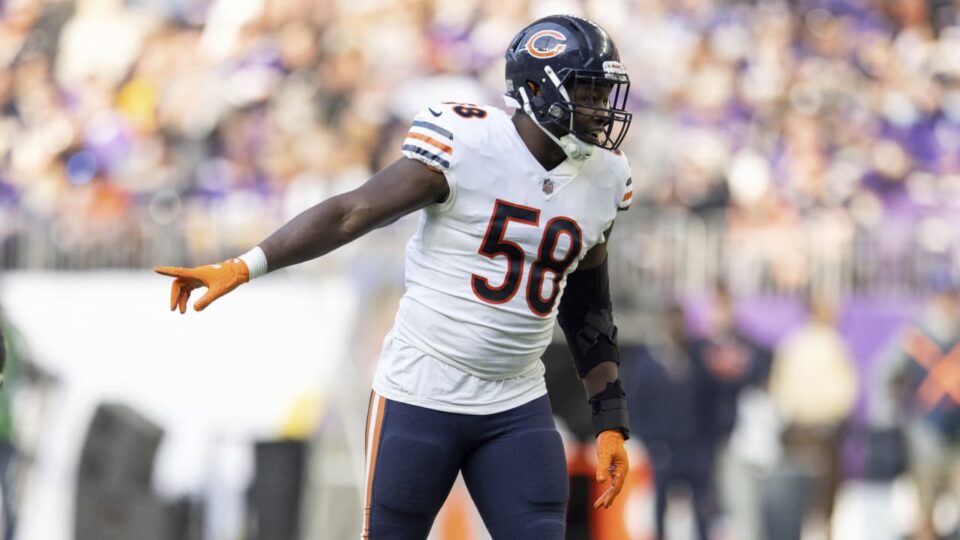 Roquan Smith’s desire for a lucrative contract extension has yet to be addressed, and his camp’s patience is running thin.

The linebacker has formally requested a trade, according to a statement released on Tuesday.

“The new front office regime doesn’t value me here,” Smith wrote in part. “They’ve refused to negotiate in good faith, every step of this journey has been ‘take it or leave it’. The deal sent to me is one that would be bad for myself, and for the entire LB market if I signed it. I’ve been trying to get something done that’s fair since April, but their focus has been on trying to take advantage of me.

“I wanted to be a Bear for my entire career, help this team bring a (Super Bowl) back to our city. However, they have left me no choice than to request a trade that allows me to play for an organization that truly values what I bring to the table.

“I haven’t had the chance to talk to the McCaskey family, and maybe they can salvage this, but as of right now I don’t see a path back to the organization I truly love.”

Smith has consistently produced as one of Chicago’s best defenders, earning two straight second-team All-Pro selections in his last two seasons. However, the Bears have yet to make Smith a serious offer for a long-term deal that would keep him in Chicago for years to come, prompting Smith to sit out of practice since training camp opened nearly two weeks ago.

NFL Network Insider Ian Rapoport reported that Chicago’s backloaded offer offended Smith because it wouldn’t make him the top-paid LB in actual salary and included de-escalators that no other NFL contract of that magnitude featured.

Bears general manager Ryan Poles told reporters that the team “brought it” in contract negotiations and still hopes to retain Smith for the foreseeable future.

The perception of Smith seems to vary depending on who you ask. He hasn’t earned a Pro Bowl selection from the voting populace, but media members holding All-Pro votes haven’t shied from recognizing his performance. Pro Football Focus doesn’t hold the same opinion on Smith, whom the website sees as a middling defender, based on his best single-season defensive grade finishing at just 67.2.

Chicago seems to be following the same logic with Smith, who is due $9.7 million in the fifth and final year of his rookie contract.

The Bears are entering a new era under Poles and coach Matt Eberflus, two men who had zero involvement with selecting Smith eighth overall in 2018. Although Smith has proven to be a quality linebacker, he’s not a player Poles and Eberflus picked, nor is he one they’re scrambling to lock up — at least not as of now.

Chicago is in the midst of a rebuild of sorts, turning toward a younger roster with long-term goals in mind. Smith would seem to fit into such plans, unless he’s not the ideal fit for the new regime.

We’ll see if another team likes Smith enough to attempt to pry him from the Bears.