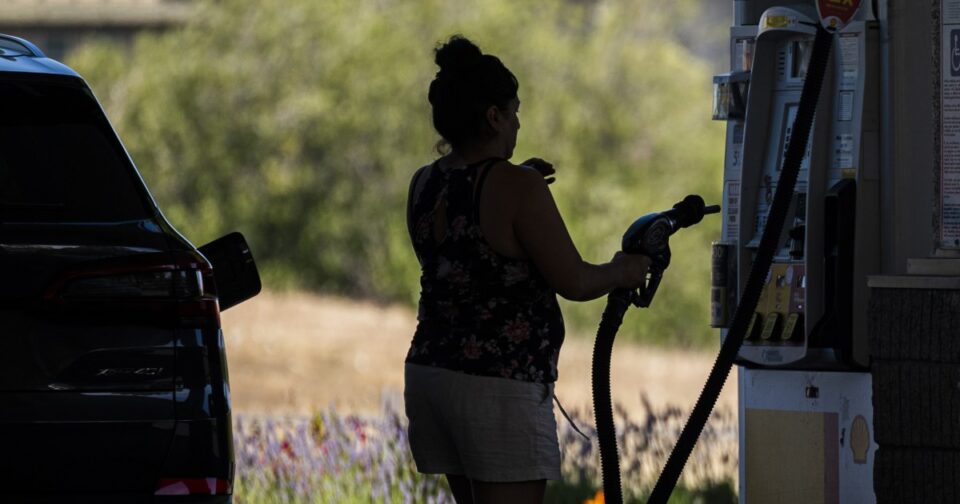 Inflation reached 8.5% in July, compared with a 40-year high of 9.1% in June, providing a measure of relief to consumers as gas prices drop.

Economists surveyed by The Wall Street Journal had projected inflation in July to fall to 8.7%. On a month-to-month basis, the July Consumer Price Index reading was unchanged from June — meaning no price growth was registered. That compares with June’s month-on-month increase of 1.3%.

In a note to clients Wednesday, Seema Shah, the chief global strategist at Principal Global Investors, said the latest inflation data were “all-out positive” for consumers.

“With last week’s jobs report showing a still-very strong labor market, it seems like the US economy may have reached a goldilocks state,” she said.

“Households will unfortunately continue to feel the severe strain of elevated price pressures on their budgets,” she said.

One key force driving inflation has been the price of gasoline. But last month, prices fell by 7.7%, the Bureau of Labor Statistics said Wednesday. While gas prices are still up by 44% from a year ago, a recent multiweek decline in prices has helped cool off overall price growth in the economy. As of Wednesday, the national average price was $4.01 per gallon, according to AAA — about a dollar less than it was in June.

Even with those declines, Federal Reserve officials are signaling they will continue their hard stance against further inflation. For one thing, the U.S. economy continues to add jobs at a breakneck pace. Last week, the Bureau of Labor Statistics said the economy stacked up 528,000 new payrolls — a sign that demand for labor remains strong.

And pay for private-sector workers is also climbing at a pace that is putting upward pressure on prices. In the second quarter, wages and salaries grew by 5.8% compared with a year earlier, the fastest rate for records tracing to 2001, although that is still below the current inflation rate.

As part of its effort to rein in high prices, the Fed raised its key rate by 0.75% late last month, its fourth rate increase of the year.

“My view is that similarly sized [interest rate] increases should be on the table until we see inflation declining in a consistent, meaningful, and lasting way,” Michelle Bowman, a member of the Federal Reserve board of governors, said in recent prepared remarks for the Kansas Bankers Association, according to CNBC.

San Francisco Fed President Mary Daly said Sunday that the Fed is “far from done” with its work to fight inflation. “Americans are losing ground every day. So the focus has to be on bringing inflation down,” she said.

“Until inflation abates and the Federal Reserve rebalances its priorities away from inflation and toward growth, tempting rallies are likely to remain unsustainable,” Shah, of Principal Global Investors, wrote in a note to clients this week.