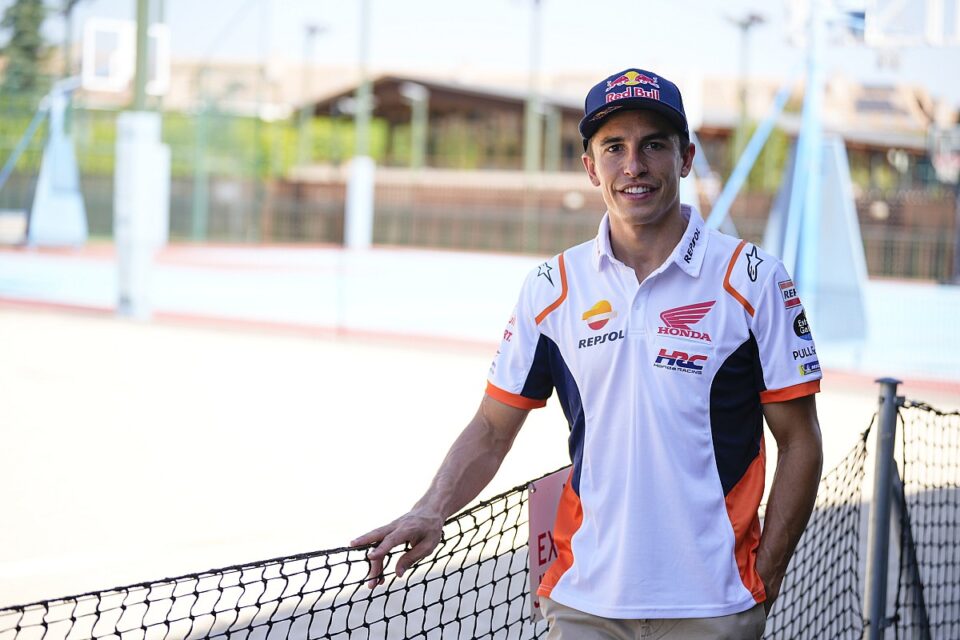 The six-time MotoGP world champion has been out of action since he underwent a complex operation on his right arm in his bid to return to full fitness and mobility which he lacked on his initial comeback from a badly broken arm sustained at the 2020 Spanish GP.

While Marquez has continued to step up his recovery, he will make his first appearance in the MotoGP paddock since May later this month at the Red Bull Ring. The Spaniard will reconnect with his factory Honda squad to get an update on the developments on the RC213V.

“Honda is in a critical moment. I am speaking a lot with my team and trying to understand the 2022 bike, the situation and what is happening,” Marquez said in a team release.

“This is why I will go to Austria, to speak to everyone and to meet with the HRC staff from Japan to work for the future. We are all working together, we win together, we lose together, and we will come back together. I’m speaking a lot with Stefan Bradl as well, us and Santi are working together and testing things – both know how I ride.

“I said in Mugello that I will be at home, but I want to stay connected. With the previous operation I disconnected too much, and I want to be involved so that when I come back, I will have everything fresh.”

Marquez also provided an update on his injury recovery, 10 weeks on from his fourth surgery in total on his right arm, a three-hour operation completed at the Mayo Clinic in Minnesota.

“Step by step I am feeling better, and the bone is healing in a good way, which is the best news of all,” he said. “We are still in rehabilitation mode; I am working very hard on the cardio side to try and be ready.

“At the end of August, I have another medical check, from there we can make another step with the rehabilitation and really start pushing and building muscles. Some days are better than others, but this is all part of the journey.

“I’m optimistic, but I don’t want to say too much about timings until we have this check – it’s not the time to push too much. I have waited a long time for these kinds of feelings.”

The 29-year-old has also delved into his personal “struggle” with the injury and has admitted he realised at the Spanish GP in May that “something had to change” with his mobility and strength in his arm despite finishing the Jerez race in fourth place.

“It has been a struggle, it’s not two days or two months I have been struggling, it’s two years,” he explained. “I won some races last year like this, but I was struggling a lot.

“In Jerez I realised something had to change. It was hard and is hard now mentally – not because I am not racing, but because you always have this doubt about the arm. I can’t have another operation. I am convinced this one will be good, but these thoughts are always there in the back of your mind.”

No timetable has been given for Marquez’s latest injury comeback, but it is expected he’ll aim to return to action in time for the post-season tests in order to focus on Honda developments ahead of the 2023 season.