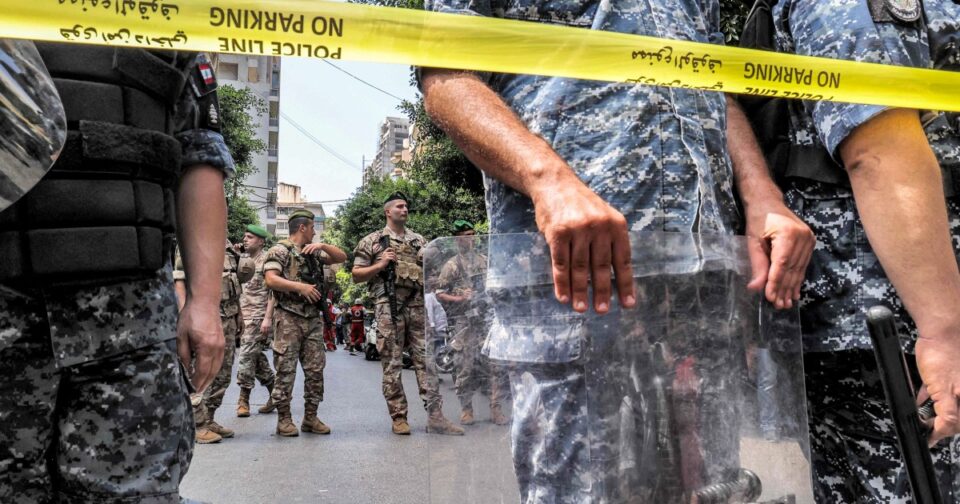 A man armed with what appeared to be a shotgun took several people hostage in a bank in Lebanon on Thursday, demanding that the institution release his savings.

The seven-hour standoff ended after he agreed to an offer that would see him receive some of the money, according to local media and a depositors group that took part in the negotiations.

Earlier, videos posted on social media showed a bearded man in a T-shirt and cut-off jeans holding a gun demanding money from a bank employee.

The suspect’s wife told reporters gathered outside the bank that her husband “did what he had to do,” according to the Associated Press.

As he was escorted out of the bank by security forces, the suspect waved to a crowd of supporters who had gathered outside during the incident. The crowd could earlier be heard shouting: “Down with the rule of the banks.”

Lebanon has suffered from a crushing economic crisis in recent years, with nearly three-quarters of the population living in poverty, according to the United Nations. Financial institutions have imposed strict limits on withdrawals, effectively trapping the savings of millions, and the value of the Lebanese pound has crashed against the U.S. dollar.

Angry bank customers have increasingly turned to unconventional methods to try to get their money, with tactics ranging from sit-ins to attacks on staff, according to Reuters.

Among the people outside the bank was Dina Abou Zor, a lawyer with the Depositors’ Union, a group that advocates for banking consumers in Lebanon.

“What led us to this situation is the state’s failure to resolve this economic crisis and the banks’ and Central Bank’s actions, where people can only retrieve some of their own money as if it’s a weekly allowance,” she told the Associated Press.

The suspect’s brother also told the AP that he was a “decent” and generous man. He added that his brother wanted to help pay his father’s medical bills and other family expenses.

Mustafa Kassem is a producer for NBC News.

Her daughter was declared dead. Despite hospital objections, she believes she’s alive.

Herschel Walker’s abortion accuser is the mother of one of his children, report says