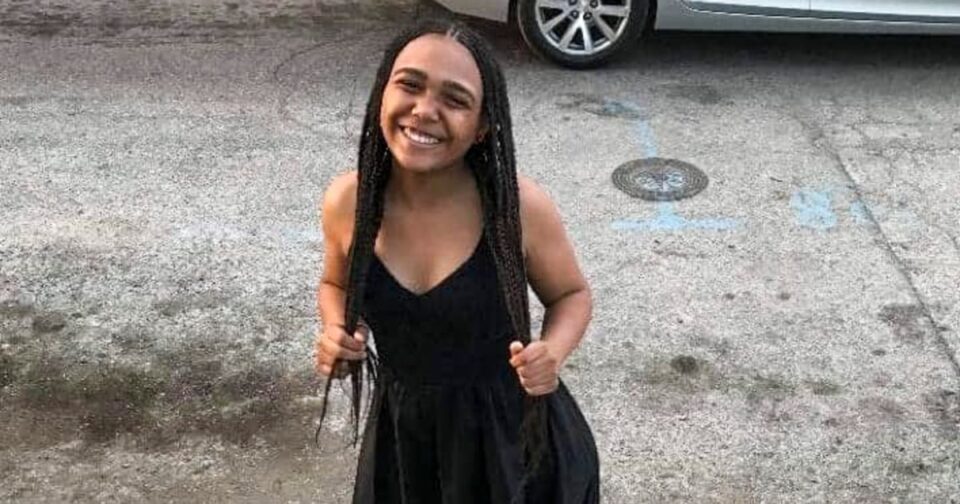 An Indianapolis woman whose 17-year-old daughter suffered a severe allergy and asthma attack at work and was pronounced brain dead days later was faced with a harrowing predicament: block the hospital from removing her daughter from life support and find another facility willing to take her before then.

“God can work a miracle, but I know it’s down to the wire,” Angela Kosarue said Thursday morning, hours before a temporary restraining order was set to expire that prevented doctors at Riley Hospital for Children in downtown Indianapolis from withdrawing her daughter, Treasure Perry, from life support.

A court last Friday initially gave her daughter more time on a ventilator, writing that “the injury suffered by the Plaintiff will be irreparable, in that if life-sustaining measures are terminated, the Plaintiff will likely be deceased.”

But a judge on Wednesday declined to extend a deadline, and Treasure’s family said the hospital took her off the ventilator on Thursday afternoon.

“She was an amazing niece, sister, aunt, daughter and granddaughter,” Skylee Kosarue, an aunt of Treasure, said. “We never gave up on her — the doctors failed her and us.”

Angela Kosarue said she had been scrambling to persuade another hospital to take her daughter, but there was a sticking point, according to her lawyers: Hospitals say they won’t receive the teen because she hasn’t had a tracheotomy, a procedure in which a hole is made in the windpipe to help with breathing. However, Riley Hospital won’t perform a tracheotomy because Treasure is considered clinically dead.

Under Indiana law, a person is considered dead when they’ve sustained an “irreversible cessation” of circulatory and respiratory functions or of all brain functions.

According to Kosarue, her daughter was working at her job at a restaurant on July 23 when she suffered an allergic reaction to shellfish that triggered her asthma. No one at the restaurant could help her, Kosarue said, and she was rushed to the hospital. Doctors declared her brain dead on Aug. 2, about a week and a half after she she was hospitalized.

Kosarue, however, wouldn’t give up hope that her daughter’s condition could improve and still considered her alive. She said that Treasure made movements in recent days, including squeezing her hand “like a quick couple of seconds,” and that her pupils were reactive to light.

Withdrawing her daughter from life support “goes against my beliefs,” Kosarue said. “I believe when your heart stops beating and your body shuts down is when you’re dead.”

A spokeswoman said Thursday that Riley Hospital had no information to share in the case and didn’t provide further comment.

Medical ethics experts say it can be challenging and difficult for some people to accept brain death — when someone can only be kept alive on life support — as permanent.

“Although death by neurologic criteria has been accepted as death medically for over 40 years, legal variance exists throughout the states, especially regarding religious accommodations and in pregnancy,” according to a 2020 paper, “Controversies in Brain Death Declaration: Legal and Ethical Implications in the ICU,” written by two Oregon Health & Science University doctors.

Such cases have drawn intense debate over the years.

In 2013, a 13-year-old named Jahi McMath was declared dead after she suffered irreversible brain damage while having her tonsils removed during a procedure in California. Her mother, however, citing her religious beliefs, said her daughter was still alive and went to court to keep her on life support. In 2018, McMath’s family accepted she was dead after she had excessive bleeding and liver failure following surgery to treat an intestinal issue.

In writing about the case in 2013, Dr. Arthur Caplan, the founding head of the division of medical ethics at the NYU Grossman School of Medicine, said that “brain death is not a coma.”

But Kosarue insisted that her daughter wouldn’t want her to give up on her.

Treasure, a middle child with seven siblings, was working to save money for a car before entering her senior year of high school this fall. Kosarue said her daughter “is so loving and full of life” — the first to text back in groups chats and tell her that she loves her at night.

Her asthma would keep her from fully participating in basketball at school, but that didn’t stop her from harboring dreams of playing hoops in college.

Kosarue said her daughter had always been strong-willed.

“I don’t want to give up. I still don’t,” Kosarue said earlier Thursday. “I’ve exhausted all my options, but I’m going to keep fighting for her to the every end.”