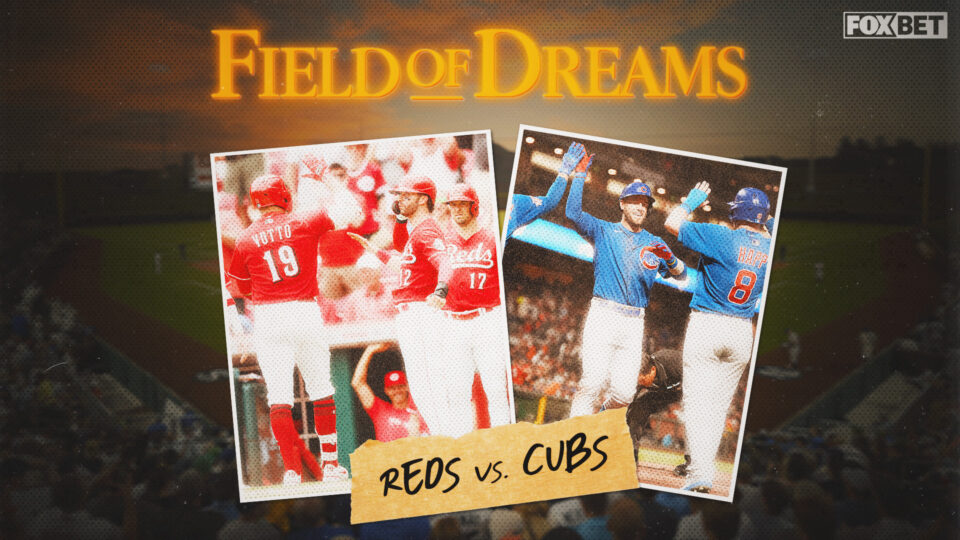 Back to the corn we go.

The Field of Dreams Game Part II is all set for Thursday night in Dyersville, Iowa, between the Chicago Cubs and Cincinnati Reds. Coverage starts at 7:15 p.m. ET on FOX and the FOX Sports app. When it comes to gambling, American sportsbooks will be taking bets up until the first pitch.

FOX Bet is currently dealing the Reds as small favorites (-118) with a combined scoring total of 9 runs with Drew Smyly opposing Nick Lodolo under the rural stars.

In last year’s spectacle at the Field of Dreams, the Chicago White Sox and New York Yankees mashed eight homers and plated 17 total runs (16 off homers) in rather muggy 80-degree conditions. But it’s important to leave the past in the past when it comes to handicapping this year’s game.

“The hardest part is only having a historical sample size of one game,” Westgate SuperBook executive director John Murray told FOX Sports when asked about the difficulties of booking Thursday’s game. “It’s unlike any other game we’ll book all season, which presents challenges.

“And it’s not that we take all of last year’s homers in Iowa with a grain of salt, but you don’t want to read too much into any single game.”

Joey Votto is Cincinnati’s best home run hitter with 11 dingers. Remember, the Reds traded Brandon Drury (20) and Tommy Pham (11) at the deadline, which means they don’t have much thump surrounding Votto. The Reds have scored only 25 runs in their last 10 games and are 8-2 to the “Under” in that span.

Chicago has been just as bad at the dish as of late. The Cubbies have just 26 runs in their last 10 games and a 7-3 mark to the “Under.” Sure, Ian Happ and Willson Contreras are still Cubs, but the offense as a whole has left much to be desired.

Patrick Wisdom (20 homers), Contreras (16) and Christopher Morel (10) lead the North Siders in long balls, and it’s fair to say none of those guys will be chasing a home run crown anytime soon.

This is a long way to say it’s difficult to forecast a ton of offensive fireworks.

Temperatures are expected to be around 70 degrees for most of the night with minimal winds to ease pitchers’ pain. And as long as Smyly and Lodolo don’t leave meatballs over the heart of the plate, they should be fine.

The Cubs and Reds have really struggled to manufacture runs, and both offenses have been trending in the wrong direction since Aug. 1. Assuming home runs are few and far between, this one has all the makings of a 3-2 or 4-3 final.

PICK: Under 9 runs scored by both teams combined

Sam Panayotovich is a sports betting analyst for FOX Sports and NESN. He previously worked for WGN Radio, NBC Sports and VSiN. He’ll probably pick against your favorite team. Follow him on Twitter @spshoot.

Get more from Major League Baseball Follow your favorites to get information about games, news and more.

FIFA just realized they messed up the World Cup schedule