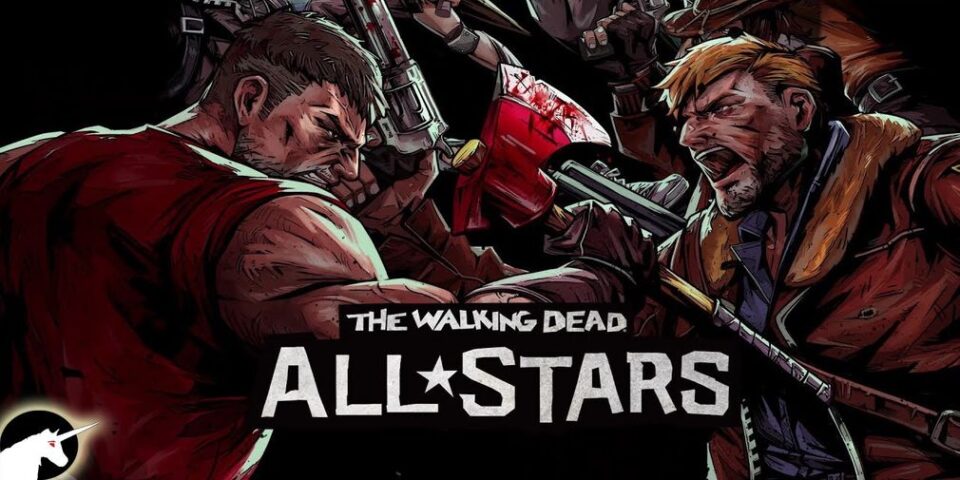 Com2Us have announced their next project in collaboration with Skybound Entertainment, this time a new entry into the long list of The Walking Dead games. The Walking Dead: All Stars will be a collection-based RPG that will feature an extensive list of all of your favourite characters from the television show.

After being plunged into the zombie apocalypse, players will set off on an original and new storyline as they battle for survival in the ruins of civilization. You’ll be recruiting various allies and survivors as you do battle against Walkers, or zombies, and other players as well as you gather up resources to build your camp and expand upon it, unlocking structures that will allow you to have an easier time doing said battle and also upgrading your existing survivors and allies.

The art style for The Walking Dead: All Stars is the real star of the show if you ask me. Featuring a look that’s heavily inspired by the original comic book series, each character is fully realized in that beautiful cell-shaded sort of look that adds a lot of personality to each illustration of that character. Since the game is set within a post-apocalyptic version of Buffalo, New York, this also means that the atmosphere of the game is fully done in that same style, so there’s a lot of really cool scenery on offer here as well.

Add in an engaging cast of characters that takes from both the TV series and the comic books along with a fun gameplay loop of exploring, battling, and collecting with a dash of PvP in there too, and it’s starting to seem this might be The Walking Dead game that fans have all been asking for. If you’d like to take a deeper look at it for yourself, you can check out the game’s TapTap page where there are numerous screenshots and trailers to take a peek at. In the meantime, you can also pre-register for the game ahead of its planned release later this year by checking out either of the links below.

Looking for more collection-based RPGs? Why not check out our Top 25 best gacha games for Android?!