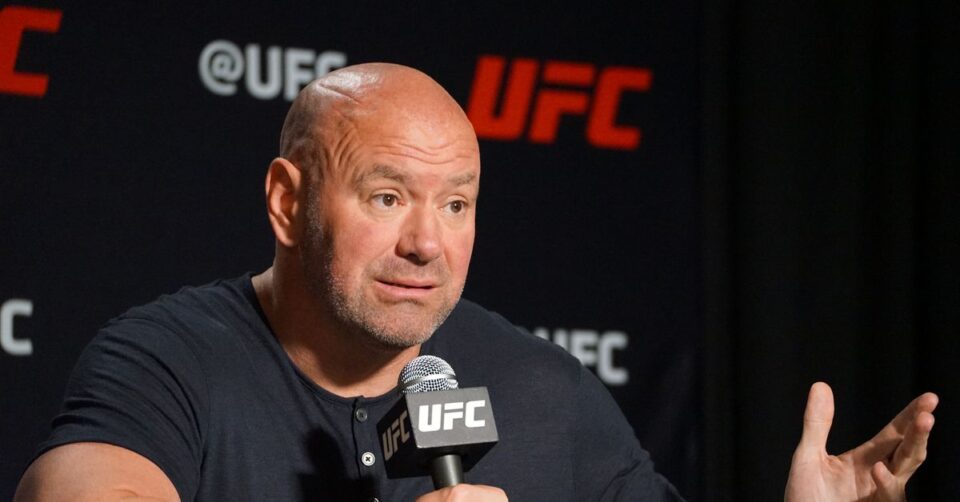 Dana White said there is no chance he and Oscar De La Hoya can ever rekindle their friendship.

Earlier this year, however, De La Hoya extended an olive branch to White, apologizing for his side of the feud and suggesting they could work together on future business endeavors. And while White is willing to make peace with De La Hoya, he’s not quite willing to be friends with him.

Things were only exacerbated when De La Hoya moved into the MMA space, promoting a trilogy bout between Tito Ortiz and Chuck Liddell that really drew White’s ire. De La Hoya hasn’t done anything with MMA since, but he is still a major boxing promoter, and with White frequently stating an interest in moving into boxing in some fashion, a business endeavor between the two of them in the boxing realm could make sense.

There’s just one problem: White sounds like he’s done with boxing as well.

“Every time I start to go down the road to get involved in boxing, I go, ‘Have I lost my f****** mind? Am I crazy? Why would I ever want to get involved in this corrupt, insane, f***** up sport?’” White said. “And then I jump out for a while and then I start to think about it again. Literally just started thinking about it a month ago, got on the phone with a couple boxing guys, hung up the phone and said, ‘Have I lost my f****** mind again? Why would I want to be in business with any of these guys?’”

White initially planned to launch Zuffa boxing in October of 2019, however, the endeavor never got off the ground; White repeatedly said the sport “might be so broken that it can’t be fixed.” As of 2022, there are no immediate plans for Zuffa boxing, and earlier this year, White essentially said he’s abandoned the idea, at least for the time being.

Walmart is getting into the wedding dress business