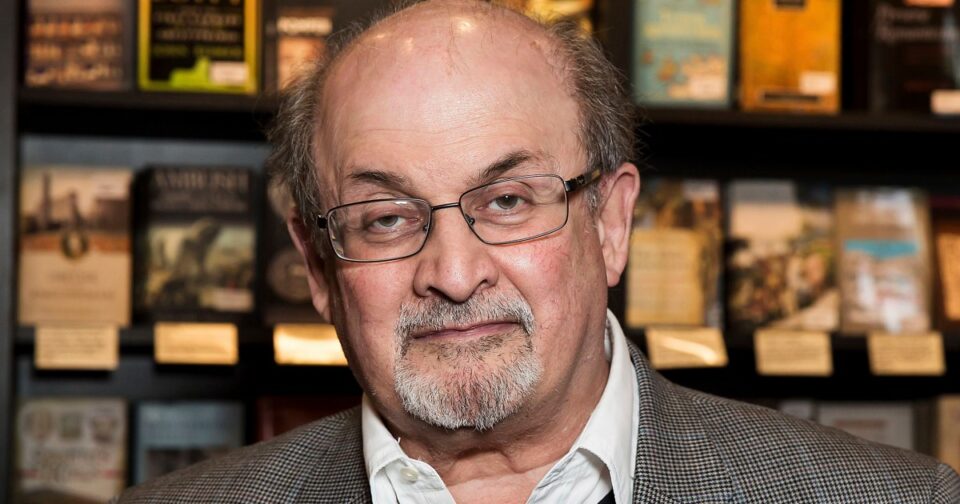 The man suspected of stabbing Salman Rushdie on a lecture stage in western New York was charged Saturday with second-degree attempted murder for the attack on the acclaimed novelist and second-degree assault for an injury to the event’s moderator.

The suspect — identified as Hadi Matar, 24, of Fairview, New Jersey — was arraigned on the felony charges and held without bail in the Chautauqua County Jail, Chautauqua County District Attorney Jason Schmidt said.

An attorney for Matar entered a not guilty plea on his behalf.

Local prosecutors say they are in touch with law enforcement counterparts in New Jersey “to better understand the planning and preparation which preceded the attack” and to determine if further charges are warranted.

“This is the very early stage of what will invariably be a protracted legal process,” Schmidt said in a statement. “We will try to be as transparent as we can without compromising the case.”

Rushdie, 75, underwent surgery after he was stabbed roughly a dozen times, authorities said.

He also had multiple additional wounds on his body, including to his chest area and abdomen, according to the prosecutor’s office.

The author was on stage to speak at the Chautauqua Institution, about 70 miles south of Buffalo, when authorities say Matar confronted him.

Social media video from the auditorium showed the chaotic aftermath.

“He didn’t say a word, he didn’t say anything,” Julia Mineeva-Braun, who had been sitting in the fifth row, said of the attacker. She said she saw Rushdie initially stabbed in the neck and then several more times in the shoulder blade before audience members ran to his rescue.

A preliminary review by investigators of the suspect’s social media found he appeared to sympathize with Shia extremism and Iran’s Islamic Revolutionary Guard Corps, or IRGC, a law enforcement official with direct knowledge of the investigation said.

Two law enforcement officials briefed on the case said the leading theory is that Matar was a lone actor inspired by Iran-related extremism. The officials stressed, however, that it is still early in the investigation and work is underway to determine if anyone else was in contact with Matar and whether the assault was terror-related.

Rushdie was airlifted to a hospital in nearby Erie, Pennsylvania, where a spokeswoman at the facility declined to provide an update on his condition. His literary agent, Andrew Wylie, said Friday evening that he suffered a damaged liver, severed nerves in an arm and an eye, and was on a ventilator, The Associated Press reported.

Henry Reese, 73, who was also onstage to moderate the discussion with Rushdie, suffered minor injuries to his face during the attack, police said. He was treated and released.

Rushdie drew controversy for his 1988 novel “The Satanic Verses,” which portrayed the life of the Islamic prophet Muhammad and is considered by some Muslims to be blasphemous. In Iran, the book was banned and led Ayatollah Ruhollah Khomeini to issue a fatwa, or edict, calling for Rushdie’s death.

Rushdie, who was born in India and became an American citizen in 2016, was at the Chautauqua Institution’s literary festival to talk about the United States as a refuge for writers and artists in exile, according to the AP.

Authorities have not provided an official motive for the attack. State police said the FBI and the Chautauqua County Sheriff’s Office were assisting in the investigation.

Matar was apprehended after staff members of the Chautauqua Institution and other guests rushed the stage, police said.

In addition, the venue had beefed up its law enforcement presence for high-profile events, according to New York State Police Maj. Eugene Staniszewski, explaining why a trooper and a deputy were able to quickly mobilize at the scene.

“They requested a law enforcement presence be there,” Staniszewski told reporters Friday. “And thankfully, we were.”

The attack raised questions about the security response and whether there was enough for an event involving a writer who had lived in hiding for many years as a result of death threats against him. On Saturday, the Chautauqua Institution said it would enforce a “no bag” policy at its amphitheater.

World leaders continued to express support for Rushdie following the violence, with some saying the assault threatens creative expression. Rushdie is known for books that intertwine magical realism with historical allegory.

“In no case is violence a response to words spoken or written by others in their exercise of the freedoms of opinion and expression,” Antonio Guterres, the secretary general of the United Nations, said in a statement.