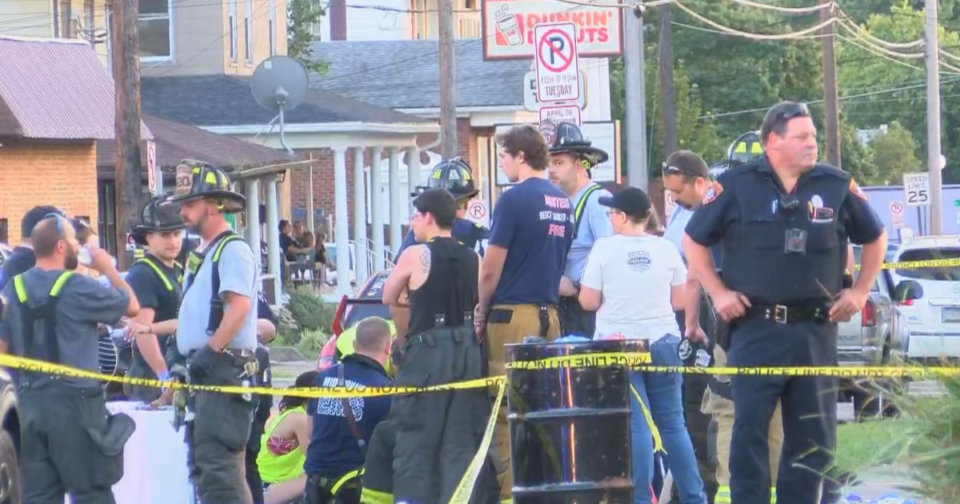 A man drove through a crowd gathered for a fundraising event Saturday, killing one person and injuring 17, before fatally attacking a female in a neighboring borough, Pennsylvania authorities said.

Reyes of Nescopeck, a small township in Pennsylvania’s eastern Luzerne County, “was denied bail and remanded to the Columbia County Correctional Facility,” the release said.

No details were released about the victims.

At an earlier news conference on Saturday evening, State Trooper Anthony Petroski said that a vehicle drove through a “community event” in Berwick around 6:15 p.m.

After the crash, the suspect is accused of fatally assaulting a female in Nescopeck, where he was taken into custody by municipal police, Petroski said.

Police are investigating whether the suspect intentionally drove into the crowd, and have not said whether there is a connection between the suspect and the female who was killed in Nescopeck.

NBC affiliate WBRE of Wilkes-Barre reported the crowds had gathered at a Berwick benefit event to raise funds for the families of the three children and seven adults who died in an early morning house fire Aug. 5 in Nescopeck.

Officials have not released the identities of the two people who were killed. Columbia County Coroner Jeremy Reese said the victim in the Berwick crash was a 50-year-old woman from Wilkes-Barre who was declared dead at the scene.

The 17 injured people were taken to four area hospitals, Petroski said. Their conditions were not immediately available from law enforcement Saturday night.

Natalie Buyny, a spokesperson for health care provider Geisinger, said it had been treating 15 patients from the Berwick incident at three of its locations. Six were still being evaluated for conditions; four were critical; three were fair; and two have been treated and released, she said.

Saturday’s benefit was being held at the Intoxicology Department bar and restaurant. People had also gathered in an adjacent outdoor space, where various vendors and a basket raffle were set up under tents. The event also included a water balloon fight and a dunk tank, according to the bar’s social media.

“We can never replace these people that were lost, but we can do our best” to support family, bar owner Lauren Hess told NBC affiliate WBRE of Wilkes-Barre at the benefit Saturday.

On Saturday night, the bar posted on Facebook that it would be closed until further notice.

“Today was an absolute tragedy,” the post said. “Please respect our privacy while we grieve and try to process the events that occurred.”

Funerals were set to begin Friday for some of the victims who died in the Aug. 5 blaze, with additional services scheduled for Sunday and Monday.

The deceased included seven adults ranging in age from 19 to 79, two boys ages 5 and 6, and a 7-year-old girl, according to Pennsylvania State Police. All 10 died of smoke inhalation, the coroner determined.

Pennsylvania State Police initially called the case a “complex criminal investigation.” Investigations into the fire and its cause, which has not been determined, are ongoing.

The fire broke out before 3 a.m and first responders reported flames that repelled their efforts to get inside the two-story home and make rescues, authorities said later that day.

The home was burned to the ground, and remains were discovered as authorities went through the rubble.

Asked if the suspect in Saturday’s incidents was also a possible suspect in the Nescopeck fire, Petroski said, “At this time he is not a suspect in that incident.”

Nescopeck is a borough of more than 1,400 people in Luzerne County, about 48 miles southwest of Scranton. Berwick, in Columbia County, has a population of about 10,300 and sits across the Susquehanna River from Nescopeck.