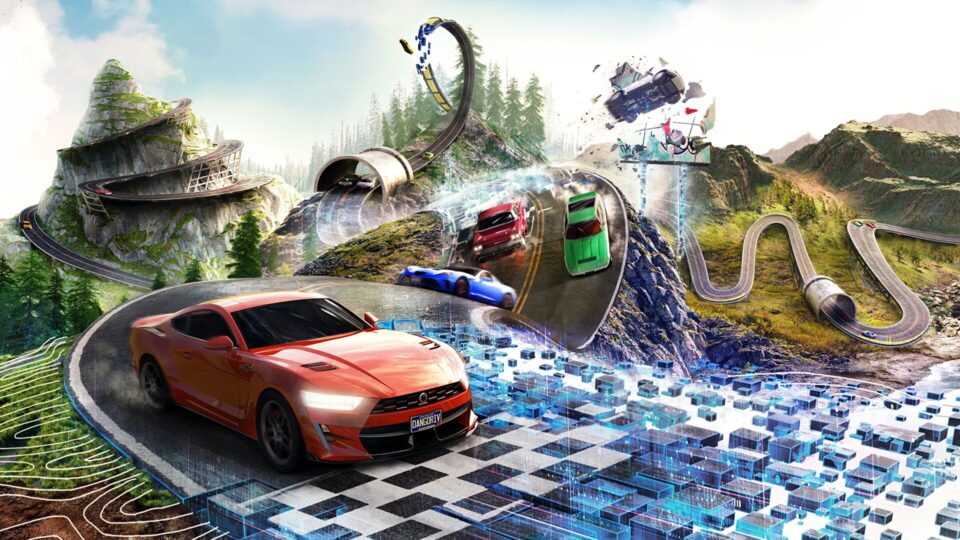 Speeding onto PlayStation, Xbox, and PC.


UK developer Three Fields Entertainment – the studio behind the likes of Dangerous Golf and Dangerous Driving – has unveiled Wreckreation, a new custom-content-focused open-world racer coming to PC, PlayStation, and Xbox next year.


Three Fields – a studio founded by a small group of ex-Criterion developers – describes Wreckreation as a game of high-speed racing, crashing, stunts, and exploration, all of which unfolds across a 400-square-mile map. That map is designed to represent an entire (fictitious) American state split into four areas, albeit one predominantly themed around woodland, grassland, and sandy beaches.


As to how players approach the challenges within Wreckreation’s world, the idea is that it’s entirely up to them, with Three Fields saying it wants to encourage a more freeform style of fun as players explore the world in search of races, short cuts, and challenges.


All of this can be done against AI opponents or humans in multiplayer, but Three Fields is putting a particular emphasis on the latter, with the whole idea of Wreckreation being to create a game where ‘players are in charge’.


That brings us to the creator aspect of Wreckreation, which the developer calls a “really big focus” for the project. Using the in-game tools, players can work together to build their own races – placing down trees, decorations, ramps, track pieces, jumps, and more to conjure wild aerial courses – and then tweak parameters to create unique rulesets.


It is, for instance, possible to dictate the cars used, the time, the weather, and the type of race – perhaps one that requires players to compete for the biggest air time, or one where they race to reach a specific junction first. And once tracks are build and parameters are set, courses can be shared with others or kept between friends.


You can get a small taste of Wreckreation’s “building, collaborating, and sharing” in the announcement trailer above. The full game arrives next year on PlayStation 5, PlayStation 4, Xbox Series X/S, Xbox One, and PC.