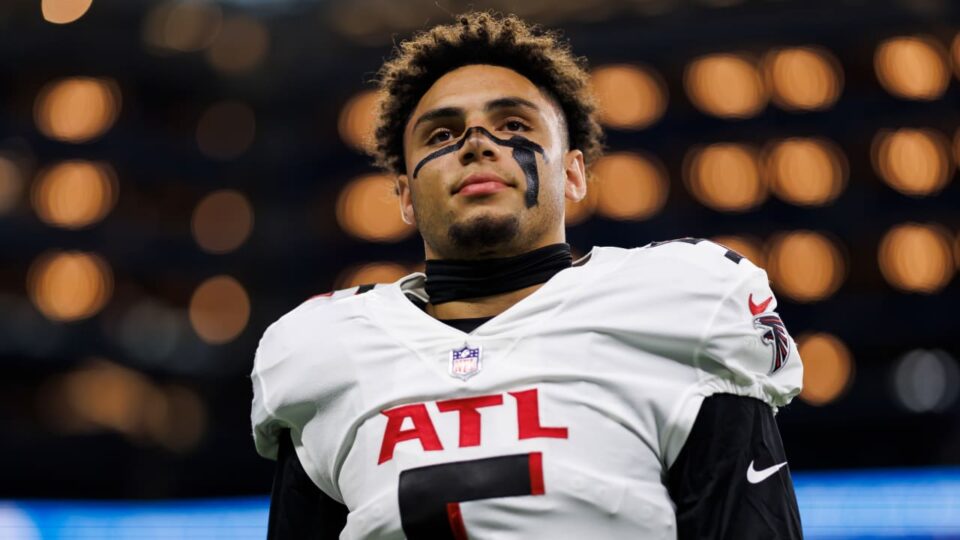 Atlanta Falcons wide receiver Drake London hauled in a nice 24-yard reception on the first drive of his first NFL preseason game Friday night against the Detroit Lions, but unfortunately that spelled the end to his evening.

London sustained a minor knee injury and is OK, NFL Network’s Bridget Condon reported. Head coach Arthur Smith had no update after the game, stating that he would know more tomorrow.

Selected eighth overall in the 2022 NFL Draft, the USC product was the top wide receiver taken.

The broadcast showed trainers looking at London’s right leg and he went into the medical tent. When London emerged from the tent, he still had his helmet on, which is usually a good sign, but nonetheless his night was over and the severity of his injury is to be determined.

NFL+ gives you the freedom to watch LIVE out-of-market preseason games, LIVE local and prime-time regular-season and postseason games on your phone or tablet, the best NFL programming on-demand and more! Wherever you are, this is how you football! Learn more about NFL+.

Sailor who died at Pearl Harbor to be buried at Arlington