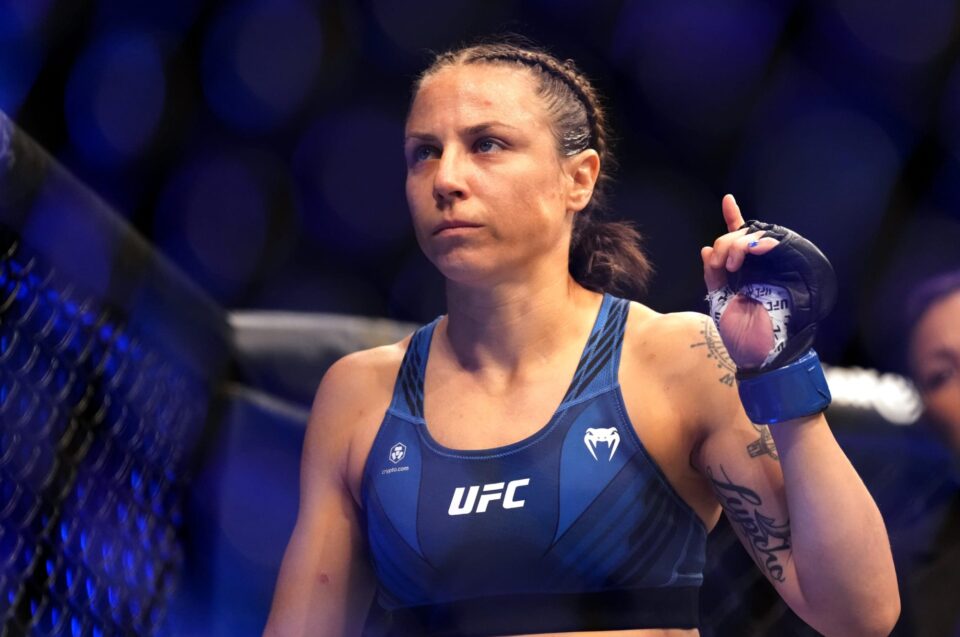 After her win over Cynthia Calvillo at UFC San Diego, Nina Nunes elects to call it a career and focus on her family

A nearly 15-year journey in MMA has come to an end, as Nina Nunes leaves the sport on a high note following a split-decision win over Cynthia Calvillo on the UFC San Diego preliminary card.

Nunes said in her post-fight Octagon interview, where she made her retirement announcement, that she wanted to focus on her family. Nunes (nee Ansaroff) and her spouse, current UFC champ-champ Amanda Nunes, welcomed a daughter in September 2020 — and the plan is to have more children.

“I’m going to focus on coaching and bringing up those girls that are struggling right now,” Nunes said. “I feel great at 125, it’s where I always should’ve been. But, I want more babies. So, I’m stepping away to have another kid.”

Nunes had troubles in her next three bouts, however, which included losses to current UFC strawweight champ Carla Esparza and Barb Honchak. Nunes, however, bounced back with a five-fight win streak, culminating with a third-round finish of Munah Holland at Invicta FC 7, a highlight that earned Nunes a performance bonus.

Nunes then made the jump to the UFC, moving to the strawweight division (flyweight and featherweight weren’t UFC divisions yet). Nunes dropped her first two UFC bouts to Juliana Lima and Justine Kish but bounced back with a four-fight win streak, defeating Jocelyn Jones-Lybarger, Angela Hill, Randa Markos and Claudia Gadelha.

Nunes lost to Tatiana Suarez and Mackenzie Dern before the win over Calvillo.

UFC San Diego: Marlon Vera vs. Dominick Cruz takes place on Saturday, Aug. 13, 2022, live from the Pechanga Arena in San Diego, CA. Follow along with FanSided MMA, who is on site, for all your news and highlights.
Read More

2022 NFL preseason, Week 1: What We Learned from Friday’s games

DWCS Week 4: Esteban Ribovics is the fighter to watch