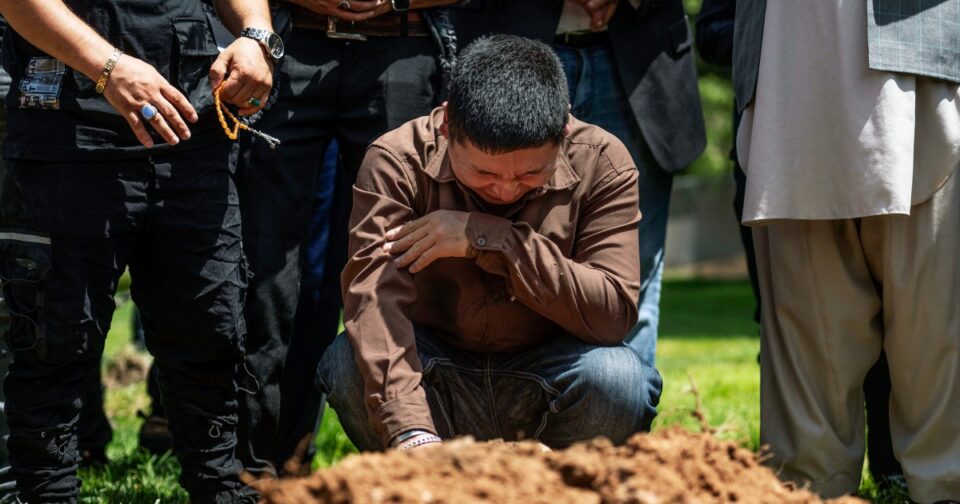 The son of the man suspected of killing at least two Muslim men in New Mexico in recent months may also have played a role in the crime, authorities alleged in court documents filed last week.

Documents filed Friday by the U.S. attorney for New Mexico allege that Shaheen Syed, a son of Muhammad Syed, may be connected to the killing of Naeem Hussain, 25, on Aug. 5 and the slaying of Mohammad Ahmadi, 62, on Nov. 7.

Authorities are still investigating those cases, and Muhammad Syed has not been charged with the murders.

Now the U.S. attorney’s office says it wants to detain Shaheen Syed, also known as Maiwand, pending trial in connection with the murders, as he “presents both a flight risk and a grave danger to the community.”

Evidence that authorities say ties Syed to the murders includes cell tower data, which connect his phone to his father’s and place them both near where Naeem Hussain was murdered this month. There is also evidence that Syed had “short and frequent communications with his father both before and after the murder of Naeem Hussain,” the documents say.

“Telephone calls between Muhammad Atif Syed and the defendant would be consistent with quick surveillance calls, both before and after the shooting,” according to the U.S. attorney’s office. “And there appears to be no logical reason for the defendant to have just happened to have been in the vicinity of the murder scene so shortly after Mr. Hussain was murdered.”

Investigators also found a pistol in Syed’s bedroom when they executed a search warrant at the family home. It was not made clear whether the weapon is connected in any way to the two murders.

In response to the federal motion, an attorney for Syed argued that the court is being asked to detain his client “based on exceedingly thin and speculative allegations that he is somehow involved with or connected to those murders.”

“The United States’ motion boils down to an effort to detain Defendant for a crime with which he has not even been charged,” attorney John C. Anderson said in the response. “If the United States or the State of New Mexico does not have sufficient evidence even to charge Defendant with any involvement in the murders, Defendant should not be detained based on supposed involvement in those murders.”

Anderson said Syed and his father’s sharing an interest in firearms in addition to cell tower data that does not say exactly how close he was to the scene of the recent murder “is hardly clear and convincing” evidence.

The court documents also refer to Syed as a “serial liar.” Investigators alleged that he lied several times, including putting an incorrect address in a firearms transaction record for a weapon he bought last year. Syed, who was arrested Tuesday, faces charges in connection with that incident.

Syed told law enforcement officials early last week after the search of his family’s residence that he had not been in the Volkswagen Jetta linked to his father at gun stores recently, which authorities said was determined to be false.

“Defendant’s propensity for dishonesty should undermine the Court’s confidence that he will be forthright with any probation officer tasked with supervising him on any form of pretrial release,” the court documents say.

Syed’s past run-ins with law enforcement were also cited as reasons to detain him.

Police responded to a call this year about a domestic violence incident in which Syed was alleged to have hit his 16-year-old sister and his father. His father, who had blood all over his face, said he tried to prevent Syed from hitting his sister, which resulted in Syed’s striking him in the face, according to the documents.

The daughter did not cooperate with police, and she told them she did not know what happened, while the father opted to press charges against Syed. Officers issued Syed a summons to appear in court on a criminal charge of “battery on a household member,” but he failed to appear, they said. A bench warrant issued for Syed on April 4 remains outstanding.

Anderson, Syed’s attorney, said he never got the summons or the complaint, according to court documents.

His father, Muhammad, was also implicated in troubling domestic violence incidents, including one in a state office building, court documents show.

Syed is set to appear in court Monday morning in regard to the federal prosecutors’ motion to detain him, Anderson said.