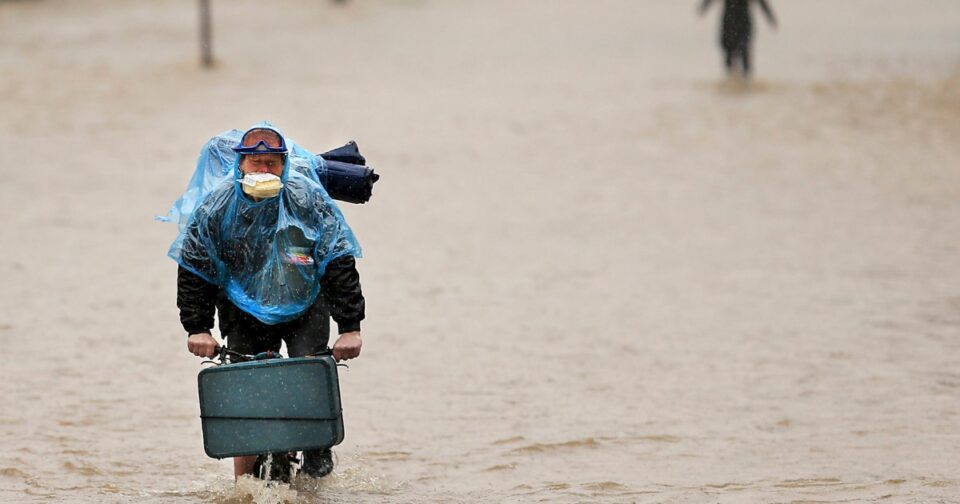 As California grapples with the spread of wildfires and severe drought, the threat of flooding may seem like an unlikely cause for concern. However, a new study warns that the state could be hit by a “megaflood” in the not-too-distant future, potentially putting millions across the state at risk.

The study, published Friday in the journal Sciences Advances, found that climate change has already doubled the chances of an event “capable of producing catastrophic flooding” in California in the next four decades.

The study acknowledges that the state is “more accustomed to water scarcity than overabundance in the modern era,” with California experiencing two historically severe droughts between 2012 and 2021. However, it said historical and paleoclimate evidence suggests the state is also subject to episodes of increased rainfall, with climate change potentially expediting the possibility of a major storm in the future.

The state has seen extreme precipitation and severe subregional flooding events a number of times during the 20th century, including in 1969, 1986 and 1997, the study notes. But while those incidents hint at the “latent potential” of a future major flood, “none have rivaled … the benchmark ‘Great Flood of 1861–1862,'” the study said.

That event, it noted, “was characterized by weekslong sequences of winter storms” that “produced widespread catastrophic flooding across virtually all of California’s lowlands — transforming the interior Sacramento and San Joaquin valleys into a temporary but vast inland sea nearly 300 miles in length.”

The impacts of the “Great Flood” helped spur “ARkStorm,” a 2010 California statewide disaster scenario led by the U.S. Geological Survey, the study said.

It said that subsequent analysis suggested that such an event “would likely produce widespread, catastrophic flooding,” potentially leading to the displacement of millions of people, the long-term closure of key transportation corridors and “ultimately to nearly $1 trillion in overall economic losses.”

The researchers behind the study said their findings demonstrate that climate change “is robustly increasing both the frequency and magnitude of extremely severe storm sequences capable of causing megaflood events in California,” making such an event more likely.

“Our analysis suggests that the present-day (circa 2022) likelihood of historically rare to unprecedented 30-day precipitation accumulations has already increased substantially and that even modest additional increments of global warming will bring about even larger increases in likelihood,” they said.

Despite a grim outlook, the study said there are measures California could take to “mitigate harm during a 21st century California megaflood.” Among those possible solutions are floodplain restoration and levee setbacks, which would lessen flood risk in urban areas, it said. It further said that emergency evacuation and contingency plans could be updated to “accommodate the possibility of inundation and transportation disruption extending far beyond that which has occurred in the past century.”